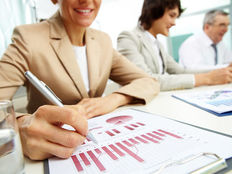 In order to address these issues, the Scientific Beta indexes utilize a proprietary stock selection and weighting methodology:

Be sure to also read Silicon Valley Meets Wall Street: The Next Evolution of ETFs.

The Diversified-Factor U.S. Large Cap Index Fund (SBUS ) tracks the Scientific Beta United States Multi-Beta Multi-Strategy Equal Weight Index, which utilizes the methodology outlined above. The underlying index will apply this strategy to a universe of the 500 largest and most liquid stocks listed on U.S. exchanges. The resulting portfolio contains over 480 individual securities, each of which has an allocation of no more than 0.75% of SBUS’s total assets.

Commenting on the launches, Director of Research at ETF Securities stated: “We are very proud to collaborate with Scientific Beta and bring to market the latest academic research with regard to smart beta indices. Private investors now have access to solutions previously only available to large institutions, through ETFs that track indices whose methodology is fully transparent.”

The two new funds will both charge an expense ratio of 0.40% and are listed on the New York Stock Exchange.