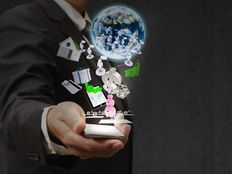 The theory behind CAPX’s methodology is quite simple. Capital expenditures are the reinvestment of capital back into the business in order to increase efficiencies, innovation and growth; those companies that most efficiently reinvest capital are more likely to maximize the amount of sales per dollar of capital expenditures.

Under the Hood: CAPX

Some of CAPX’s holdings include:

The fund hopes to make dividend payments each quarter and will charge an expense ratio of 0.29%.

Commenting on the launch, former Managing Director of Global ETFs at Invesco PowerShares and current CEO of Elkhorn Investments, Ben Fulton stated, “We are excited to bring the first capital expenditures (capex) ETF to market. Capex is the reinvestment of resources back into a business and a key driver of future growth, yet an overlooked area of today’s market. We believe investors are looking for factors like capex efficiency, which identify companies that best use today’s resources for tomorrow’s growth.”

The Value of Equal Weighting by Sector

This Managed Futures ETF Saw Only Inflows in June