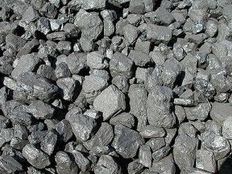 The War on Coal ETFs

The recently announced regulatory changes by the federal government revolve around one central theme: reducing emissions from U.S. power plants. When we look at this development through an investment perspective lens, it appears that this “green-er” power plan has put coal prices and coal-related stocks back in the limelight after an already painful multi-year decline; likewise, the spotlight has turned to alternative energy stocks, which have been suffering alongside tumbling crude oil prices.

A Closer Look at the Clean Power Plan

Let’s start with the big picture in mind: the Environmental Protection Agency (EPA) expects emissions from U.S. power plants in 2030 to be around 30% lower than they were in 2005. Granted this is a very small step forward from a big picture “fight against global warming” perspective, but it’s still a step forward nonetheless. You can read through the Clean Power Plan right from the EPA’s website.

Here’s a rundown of the two points to this plan:

The plan then dives into outlining the “building blocks” for reducing emissions using three different methods:

The bottom line for investors is that the regulatory changes expected to take root are adding to the headwinds already faced by the coal industry, while at the same time serving as tailwinds for the alternative energy industry.

Within the Energy ETF family, there’s two options for those that have been brave enough to invest in coal in hopes of a turnaround. Let’s a take a brief look at each offering:

KOL delivers exposure to the coal industry through a basket of companies, boasts over $60 million in AUM, and charges 0.59% in management fees; see its Top 10 Holdings. Consider KOL’s chart since it began trading in January of 2008:

Since peaking in the same year of its inception, this ETF has since re-tested its former highs in 2011 and has now sunk to fresh all-time lows. Saying this has been a painful investment for buy-and-holders would be an understatement.

This ETF delivers exposure to the coal industry in a slightly different way than it’s much bigger relative KOL. Instead of tracking coal stocks, TONS is designed to track the daily price movements of coal futures. This unique offering charges a steep 0.95% in management fees and has under $1 million in AUM; see Fact Sheet.

All in all, both coal ETFs have delivered dismal returns in recent months.

Coal prices and stocks have been suffering for years and the recently unveiled power plant emissions standards have only added to the clouds of uncertainly already gathered over this asset class. Brave bottom-fishers may want to step in at current levels amid the panic-selling; but at the same time, the risk of even more downside is further highlighted by the wave of regulatory changes that is effectively working against the coal industry.