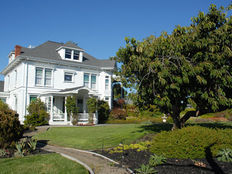 What's in Store for Homebuilder ETFs

The housing industry has been picking up steam over the past few months, driven by solid payrolls, improving retail sales, and rising industrial output.

According to the Commerce Department, housing starts rose 0.2% in July to a seasonally adjusted 1.2 million – their highest levels since October 2007. Single-family homes accounted for a large chunk of the gains, rising 12.8% over the revised June figures to 782,000 homes.

The National Association of Realtors’ pending home sales index also jumped 7.4% year over year in July, while the National Association of Home Builders reported that sentiment rose to their highest levels since November of 2005. These dynamics are driven by an underlying 26% jump in new home sales last month as consumers continued to gain confidence in the strength of the U.S. economy and their own employment situations.

These favorable dynamics have been reflected in the performance of homebuilder ETFs over the past year relative to the overall market.

Homebuilder ETFs on the Rise

The iShares Dow Jones U.S. Home Construction ETF (ITB A) was trading nearly 15% higher since the beginning of the year up until August 19, when the market correction occurred, outperforming the S&P 500 SPDR ETF’s (SPY A) modest 1.35% gains over the same time frame. After the correction, the homebuilder ETF remains in positive territory – up 6.7% for the year – while the S&P 500 entered negative territory with a 3.25% loss.

Similarly, the SPDR S&P Homebuilders ETF (XHB A+) was trading 14.5% higher from the beginning of the year to just before the market correction and continues to trade 5.9% higher post-correction for the year – handedly outperforming the S&P 500.

While homebuilder performance has been impressive, and economic indicators seem robust, there are several potential roadblocks for the market.

New applications for building permits fell 16.3% to an annualized rate of 1.12 million in July – the biggest drop since July of 2008 – according to the U.S. Census Bureau. While this may be a temporary contraction in the market, given its rapid rise throughout 2015, there are some concerns that it could signal beliefs that homebuilders may be hesitant to place bets on a future that’s becoming a bit more uncertain in terms of consumer behavior.

Mortgage rates remain below 4%, or roughly 2% below historical averages, but a Federal Reserve rate hike could send rates higher in the near term and reduce demand for new homes. Of course, the stock market’s volatility in late August could make would-be buyers second-guess the timing of their purchases, while negative home price appreciation between June and July (reported by Zillow) puts further pressure on the market.

So, where does this leave homebuilder ETFs?

Investors may want to exercise some caution in the sector after its significant rise throughout 2015 and uncertainty moving into the third and fourth quarters of the year. Those hesitant to sell their holdings may want to hedge their bets by purchasing protective puts or selling covered call options on their positions, while others may want to consider exiting the category entirely until the economic pictures clears up over the coming months.

A Healthcare ETF With a Healthy Outlook