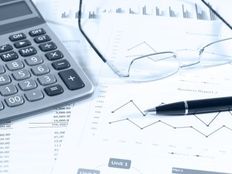 Sector ETFs to Buy in a Lofty Market

The stock market may be overvalued based on price-earnings (P/E) ratios despite the recent correction sending many portfolios into the red. According to YCharts, the S&P 500’s cyclically adjusted price-earnings ratio stands at 24.34x, which is significantly greater than its long-term average of 16.63x (since January 1881). The ratio is approaching the levels seen leading up to the great depression and in the 1970s, although it remains below the 2000 dot-com bubble levels.

Of course, P/E ratios aren’t always an apples-to-apples comparison over time. Technology stocks during the dot-com bubble weren’t capable of generating a profit in most cases, with investors buying based on arbitrary factors like page views. By comparison, the lofty valuations seen today are largely due to low interest rates that have encouraged financial engineering and margin buying, which ultimately boosted valuations.

Investors who agree that the market may be overvalued at its current levels may want to consider moving into more defensive equities. In other words, they may want to consider exchange-traded funds (ETFs) targeting industries at the lower end of the P/E spectrum rather than simply buying into all of the industries in the S&P 500. This kind of sector rotation strategy could help curb losses in the event of a large market correction.

According to GuruFocus, the most undervalued sectors include energy, utilities, and financial services, while the most overvalued sectors include real estate, health care, and communications. Some of these sector valuations, such as energy, should come as a surprise due to weakness in commodity prices or other fundamental factors. Others may simply be undervalued because of investors betting on growth elsewhere.

The most attractive opportunities in terms of valuation may be utilities and consumer defensive, trading with a P/E of 16.3x and 23.4x, respectively. While energy, financial services, and industrials may be cheaper in some ways, energy is suffering due to low crude oil prices, financial services are dependent on interest rates, and industrials are suffering from the high U.S. dollar valuation. All are areas dependent on externalities.

There are many different strategies that ETF investors can use to position their portfolios more defensively in the lofty market.

The most straightforward strategy might be selling some broad market exposure and diverting the capital to sector ETFs in these areas such as the Utilities SPDR (XLU A) or the Consumer Staples Select Sector SPDR (XLP A). By doing so, investors are reducing their exposure to high P/E sectors of the economy and increasing their exposure to cheaper areas, with the goal of reducing volatility when P/E ratios and valuations begin to normalize.

A second option is investing in sector-rotation ETFs that already employ these kinds of strategies over time. While the ETFs in this space tend to be thinly traded, long-term investors less concerned with immediate liquidity may benefit. Some popular ETFs in the space include the Global X Sector Rotation Index ETF (SCTO C+) and the Barclays ETN Shiller CAPE (CAPE A-), both of which seek to invest in undervalued and sell overvalued sectors.

U.S. equity valuations appear lofty from a historical perspective, although the rationale for the high valuations is different than in the past. Investors looking to take a defensive approach within their portfolios may want to consider investing in undervalued sectors, like utilities or consumer defensive. There are a number of ETFs available to build this exposure, including sector ETFs and sector-rotation ETFs, although the latter carries the risk of illiquidity.

Image courtesy of Pong at FreeDigitalPhotos.net