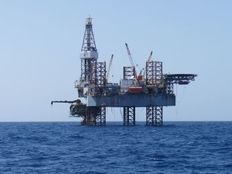 Is Oil About to Boom?

Oil prices have seen a dramatic downturn over the last year, but research suggests a gradual tightening in the market fundamentals. Global rig counts have declined dramatically, demand has stabilized, U.S. production is showing signs of leveling off, and oil reserves are being built slower than in the beginning of 2015. Considering all of these factors together, one has to wonder: is oil building for a boom?

All over the world, except in the Middle East, there are significant declines in rig counts. Oil prices have been low for the past year, and high break-even oil rigs are being turned off to adjust to new price levels. Historically, when rig counts bottom, prices turn bullish.

The major use of oil in the U.S. is for gasoline. As you can see from the chart below, the U.S. has been in a declining market for gasoline since 2008. This is not new or surprising, considering the continuing concerns regarding the environment and fuel efficiency in vehicles. What is surprising, though, is that the low price of oil might be reviving demand for oil in the U.S.

While the trend in U.S. gasoline demand is down, the last two years have seen a relatively flat level of consumption. This is radically different from the time span between 2007 and 2012, which saw a strong downward trend in gasoline demand.

The U.S. has truly been in a production boom over the last five years. Year-over-year production rose to double-digit levels during 2011, 2012 and 2013. In 2015, production has seen increases, but the rate of increase has slowed.

U.S. oil reserves are at historically high levels, and some think they could go higher. Grant Smith at Bloomberg News sums up the reserve issue succinctly, saying:

“The IEA boosted estimates for U.S. oil production this year as cutbacks in drilling rigs have so far failed [to] slow its output. Crude inventories threaten to fill tanks, with the nation’s largest oil-storage hub in Cushing, Oklahoma 70 percent full, the agency said. The IEA raised its 2015 estimate of global oil demand by the most since it was introduced in July.”

Demand for oil is stable and rig count has fallen by around half in the U.S., so it makes sense that rate of storage increases have also fallen by about half from the first half of the year to the second. Storage levels will continue to go higher as U.S. production continues to increase, but production may be slowing.

Other Price Factors to Consider

Maintenance season for oil refineries is coming up. According to Dan Martaugh of Bloomberg, these outages could cause further buildup in the storage numbers:

“In the Midwest, the BP outage could last into September, and the refinery is planning more maintenance that month. As many as seven other Midwest refineries could shut units for extended time this fall.”

The Market for Oil is Gradually Tightening

A price boom in oil is building in strength, but it is uncertain when or from where the global price catalyst will spring.

Demand seems to have stabilized and production is slowing down, which has caused oil storage rates to slow down as well. These factors are causing the U.S. market, which is still very loose, to begin the tightening phase. It is unclear how the tightening phase in the oil market will play out, but with rig counts down dramatically and production slowing, it is only a matter of time.

Don’t try to time the market. Find value entries and jump into the trade little by little. When oil market conditions tighten once again, there will be a flurry of dramatic price moves. Investors who see value in current global oil prices can take advantage of a bull move in the market by investing in these funds.

Oil ETFs have the double advantage of being simple to trade and manage. Retail investors find oil ETFs to be good tools for speculative positions in the oil market. Some ways to play would be iPath S&P GSCI Crude Oil TR ETN (OIL A-), the United States Oil Fund (USO B) or DB Oil Fund (DBO A).

Image courtesy of suwatpo at FreeDigitalPhotos.net