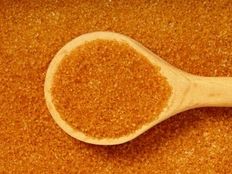 Commodities have experienced a rough year as the global economy continues to struggle to regain its footing. Since the beginning of the year, the PowerShares DB Commodity Tracking Index ETF (DBC A) has fallen nearly 20%, with the biggest losses coming from coffee, oats, and energy-related commodities. The only positive returns among non-financial commodities were cocoa and canola, which jumped around 10% throughout 2015.

Investors looking for the next commodity sweet spot may want to take a closer look at sugar, which has jumped more than 17% over the past month.

There are a number of reasons for the recent sugar high, including both financial and economic factors, but the biggest reason behind the jump in sugar prices is likely economic. According to Morgan Stanley, sugar consumption is expected to outpace demand for the first time in six years by 3.7 million metric tons, during the year beginning October 1.

Brazil’s move to lift gasoline prices has encouraged growers to favor ethanol over sugar cane, which could further reduce the supply side of the equation and help boost prices. There are also expectations that an additional tax on gasoline, in addition to Petrobras’ price hike, could further increase ethanol demand, which could come as the country looks to control government spending and increase its tax revenue.

India’s announcement that it would not subsidize 2015-2016 sugar exports eliminates another key overhang on the sugar market, following a faltering monsoon that has caused severe damage to thousands of acres of sugar crop. With a 14% to 46% fall in average rainfall, depending on the region, many farmers are also refraining from planting next season’s sugar cane due to water shortages, which could set the stage for higher prices over the long term.

There are three sugar-focused exchange-traded funds (ETFs) that investors may want to consider given these compelling economics.

The iPath Bloomberg Sugar SubTR ETN (SGG C+) tracks the Dow Jones-UBS Sugar Subindex Total Return, which consists of one futures contract on the sugar commodity. Over the past month, the ETF has jumped nearly 20%, although it remains 10% lower so far this year and 20% lower over the past 52 weeks. With $60.4 million in assets under management, it’s the largest sugar-focused ETF in the industry with the most liquidity for investors.

The two other options available include the Teucrium Sugar Fund (CANE C) and the iPath Pure Beta Sugar ETN (SGAR C+). With less than $5 million in assets under management, these ETFs have significantly less liquidity for investors and may be riskier than SGG in terms of building exposure to the commodity into a portfolio. CANE also charges a sizable 176 basis points in fees per year.

Sugar prices appear poised for a long-term rebound due to Brazilian economics and Indian weather. With the sector’s ETFs trading just 15% to 20% higher over the past month, investors may still be able to realize some upside given that year-to-date prices are still depressed. The iPath Bloomberg Sugar SubTR ETN may be the best option for investors given its sector-leading liquidity and modest expense ratio compared to its competitors.

Image courtesy of africa at FreeDigitalPhotos.net