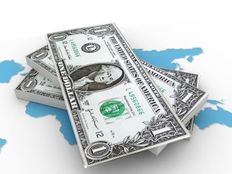 The Impact of the Strong U.S. Dollar

In 2015 so far, corporate profits largely have not met analyst expectations.

One of the reasons for this is simple: the strengthening U.S. dollar. This article discusses the significant negative impact of the strong U.S. dollar on corporate earnings.

Investors looking for exposure to the strengthening U.S. dollar can do so through exchange traded funds, or ETFs. One of the best aspects of the boom in ETFs over the past several years is that they allow an investor the chance to invest in asset classes outside of just traditional equities and fixed income securities. For example, an investor could profit from the rising U.S. dollar through the PowerShares DB US Dollar Bullish ETF (UUP B).

This ETF is comprised of long futures contracts and seeks to mimic the performance of the U.S. dollar against a basket of international currencies, including the Euro, Japanese yen, British pound, Canadian dollar, Swedish krona and Swiss franc. The UUP ETF has performed well this year. It has realized a 5% return year-to-date through November 4, while the S&P 500 Index is down 1% in that time. As a result, the UUP fund has significantly outperformed the broader equity markets this year.

The Impact of a Strong Dollar

First, a rising U.S. dollar – and by extension, weakening foreign currencies – reduces the value of internationally generated revenue. When the dollar increases, revenue generated internationally is worth less when it is converted back into U.S. dollars. This is a particularly strong headwind for companies that conduct a large portion of their businesses from overseas. Within the S&P 500 Index, this is a big challenge, because most companies in the index maintain large international operations. In fact, the components of the S&P 500 collectively derive more than 30% of their annual revenue from overseas.

The second reason is because when a foreign currency depreciates against the dollar, it makes the foreign goods and services cheaper in relative terms. This means foreign exports become more attractive on a global scale than do U.S. exports. As a result, companies in the U.S. experience a decrease in exports because of foreign competition.

There are many examples of how the strong U.S. dollar had a pronounced impact on corporate earnings. Consumer staples giant Procter & Gamble (PG) is one of the biggest consumer companies in the world, with a market capitalization in excess of $200 billion. P&G is among the companies being hurt the most by the rising U.S. dollar. In fact, last quarter, P&G’s revenue fell by 12% year over year, mostly from a nine-percentage point reduction in revenue growth due solely to the strong U.S. dollar.

The conclusion is that while the U.S. dollar is suppressing corporate earnings, there are investable options investors can consider to mitigate the impact. The UUP fund is one such option that can at least diversify a portfolio against currency risk.

Image courtesy of sheelamohan at FreeDigitalPhotos.net