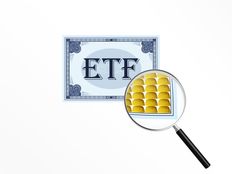 Not All Emerging Market ETFs Are Created Equal

Over the past several years, record-low interest rates across the developed world led to billions of dollars flowing into emerging markets as investors looked for yield. With the United States preparing to hike interest rates in December, some of this capital may begin to flow back into developed markets, which could put weaker emerging markets at risk. Many emerging market companies also may struggle to pay off dollar-denominated debt as the U.S. dollar rises in value.

The market was quick to sell off emerging market equities back in April when the Federal Reserve put an interest rate hike on the table. For instance, the iShares MSCI Emerging Markets Index ETF (EEM A-) fell nearly 25% between April and August, and has traded sideways ever since, as investors remain cautious on the asset class. Emerging market bonds haven’t fared much better, with ETFs in the space falling nearly 6% over the same time frame.

Several emerging markets appear to be at-risk for a U.S. rate hike and a slowdown in China, including JPMorgan’s so-called Fragile Five, which the bank deemed as being too dependent on foreign investment dollars, with high inflation and weakening growth. These countries are South Africa, Turkey, India, Indonesia and Brazil, all of which have experienced steep currency declines and significant capital outflows since the term was introduced in late 2013.

Investors may be grouping all emerging markets in the same basket during the sell-off, but a number of markets have been strong performers.

Pakistan is a frontier market on the verge of becoming an emerging market, which could lead to significantly more capital investment over the coming years. Over the past year, the Karachi Exchange has been one of the best-performing stock exchanges in Asia, gaining nearly 12%. Geopolitical risks – including terrorism – has kept the average price-earnings multiple well below 10x, but these risks quickly are being mitigated over the past several quarters.

The Global X MSCI Pakistan ETF (PAK C) has moved lower over the past year, but the sell-off may not be justified, given the country’s growth and value. With just $5.5 million in assets under management, the ETF is relatively thinly traded, but may be an interesting opportunity to invest in an undervalued market as part of a diversified portfolio. The fund primarily holds financial and materials companies, with a 0.88% expense ratio.

South Korea is an emerging market that largely has avoided the problems faced by many of its peers. With the iShares MSCI South Korea Index ETF (EWY B) falling just 2.82% year-to-date – and posting strong gains since August – investors may want to take closer looks at the country as a potential strong play in the emerging market exposure. The country could take a hit from China’s slowdown, but economists still expect to see 3% to 4% growth next year.

Several other emerging markets also could be poised for a rebound depending on commodity price movements over the coming year. For instance, copper prices have taken a toll on Chile’s economy, while oil prices have impacted the economies of Nigeria.

Emerging markets have experienced a sharp sell-off over the past year as investors worry about capital flight and China’s slowdown. While some emerging markets may be facing serious problems, many others have seen equities slide to attractive levels. Investors may want to take closer looks at these economies, given the cheap relative valuations – especially with the S&P 500 trading at more than 22x earnings.