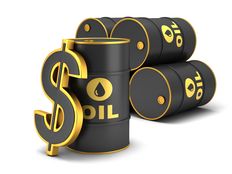 Where Is Crude Oil Headed? A Look at the Bull and Bear Case

Crude oil prices have plunged more than 15% so far this year to below $30 per barrel earlier this week. The decline has many traders trying to call a bottom in the market. While oil bulls have burned through billions of dollars in the process, the opportunity for a rapid snapback in oil prices remains tempting. Those betting on a decline in oil prices have of course fared much better, making a significant return on their capital over the past several quarters.

In this article, ETF Database takes a look at the bull and bear case for crude oil and how traders can play either opportunity using exchange-traded funds (ETFs).

Betting on a Supply Shock

The bullish case for crude oil is driven by the potential for supply shocks and growing demand from countries like China, despite its economic slowdown.

Geopolitical risk has always been a big driver of crude oil prices, but the Islamic State’s focus on disrupting Libyan oil terminals hardly moved the needle. While further attacks could lead to a spike in prices, the bigger supply shock could come from the anticipated slowdown in U.S. crude oil production as higher-cost producers exit the market. There’s also the possibility that OPEC could agree to supply cuts given the unsustainability of many public budgets.

The table below (data from Knoema.com) illustrates the breakeven costs of oil by country:

The demand picture may also be more bullish than it appears. Last year, analysts expected Chinese oil demand to slow down to a 2% growth rate, but in reality imports rose 8.8% on the year and 9.3% in December. The government has been replenishing its strategic petroleum reserves, while local refiners have taken advantage of low prices to shore up inventories. Low prices could also spur consumer demand in other countries over the coming quarters.

Some bull ETFs to watch include:

The bearish case for crude oil is driven by a combination of oversupply and inadequate demand that could drive prices to as low as $20 per barrel before a rebound.

Saudi Arabia indicated that it has no plans to cut investment in oil and gas projects, despite the precipitous drop in crude oil prices. Saudi Aramco Chairman Khalid Al-Falih told reporters at a recent conference in Riyadh that the company can sustain low prices for “a long, long time.” At the same time, countries like Iraq are increasing production and the lifting of Iranian sanctions will bring another 300,000 barrels per day into the market.

The demand picture doesn’t look particularly appealing in the short- or long-term, either. In the short-term, the EIA projects that supply and demand won’t rebalance until late 2017 due to the sluggish global economy. Over the long term, oil is becoming less important in the transportation industry with the rise of electric vehicles, while new technologies could dramatically lower the cost of production to meet higher demand at a lower price.

Some bear ETFs to watch include:

Crude oil prices have fallen dramatically lower over the past year, but there’s a disagreement about where they are headed in the future. On the bull side, analysts point to a potential supply shock as capacity is taken offline as well as geopolitical risk factors that aren’t priced into the market. On the bear side, analysts point to Saudi Arabia’s low-cost, rising supply from other countries, and a weak demand picture that isn’t likely to rebalance until late next year.