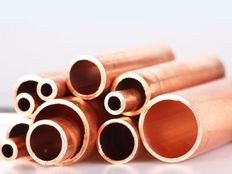 Gold Rally May Give Way to Industrial Metals

Gold prices have soared nearly 20% so far this year, according to Finviz, while silver and palladium rallied 12% and 10%, respectively. These precious metals have outperformed nearly every other commodity with the exception of lumber prices, which jumped 13% year to date.

Precious metal prices are being driven by a combination of central bank easing across most of the developed world and an economic slowdown across emerging markets. While gold doesn’t have any yield, negative interest rates in Europe and Japan have actually made zero yields attractive. Gold’s status as a safe-haven asset has also made it attractive to investors given the uncertainty surrounding emerging markets, such as China, and those reliant on crude oil revenue.

Below, ETF Database takes a look at these dynamics and a contrarian thesis that industrial metals may actually be poised to outperform gold in the latter half of 2016.

The rally in precious metals has been driven by a combination of monetary easing and economic uncertainty that has plagued the market since mid-2015.

The European Central Bank and Bank of Japan cut interest rates into negative territory earlier this year in order to combat deflation and spur economic growth. In Europe, high unemployment and excessive debt has dampened growth. In Japan, Prime Minister Shinzo Abe’s economic policies have proven ineffective at stemming a decade-long fight against deflation. These dynamics have led to increasingly desperate easing measures by banks.

The slow demand for goods and services in developed countries contributed to China’s exports falling 25.4% in February from a year ago – its worst single-month decline since early 2009. This has put pressure on crude oil, iron ore, and copper prices, which has in turn hurt many emerging markets that rely on the commodities sector. In a lesser way, the fall in crude oil has hurt the U.S. domestic energy sector (but bolstered consumer balance sheets) as well.

The prolonged period of low interest rates also had a negative impact on emerging markets that borrowed heavily before the commodity collapse. With prices headed lower and the U.S. dollar moving higher, these debts are becoming more difficult to pay off. This has limited emerging-market governments’ abilities to introduce stimulus measures to help bolster growth rates and avoid a protracted economic decline.

Finally, the OEDC recently noted that leading indicators pointed to easing growth in the U.S., Canada, Germany, Japan, and the U.K. The IMF is also widely expected to lower its 3.4% growth forecast for 2016 when it makes its updated predictions in April.

Market May Be Overly Pessimistic

These problems may seem severe in nature, but pessimism in the financial markets may be overdone in many ways.

There’s a growing perception that central banks have run out of options or resolve when it comes to spurring growth and inflation through monetary policy. While this may be true for central banks acting alone, there are many policy options available if these banks work in conjunction with governments. Fiscal policy, structural reforms, and deregulation are all low-risk measures that could help, while so-called “helicopter drop” is a more extreme option whereby the government and/or central bank would directly transfer cash to citizens. The most popular “helicopter drop” proposal is former Federal Reserve Chairman Ben Bernanke’s tax rebate program that would be financed by the purchase of government bonds.

China’s National People’s Congress (NPC) also recently introduced a number of measures to bolster its economic growth, which could reduce some of the worries about emerging-market economies. These measures include expansionary fiscal and monetary policies that are supported by a budget deficit of 3% in 2016 – up from 2.3% in 2015. With extensive foreign reserves, China is far from exhausting its economic countermeasures to slow growth.

Industrial metals rallied after China’s NPC announcement earlier this week. Iron ore prices increased 20% on Monday, March 7, in its biggest single-day gain on record. While China’s prediction of 7% growth in 2016 has been largely dismissed as unrealistic, it may have been a driving factor in the metal’s sharp rally this week. Future specific policy announcements out of the NPC could drive prices even higher, but they are likely to settle lower in the mid to long term.

The supply side of the pricing equation could also be bullish. According to Glencore CEO Ivan Glasenberg, the commodities market may have hit the bottom and cuts in spending by the world’s biggest mining companies could have a positive impact on future prices. He said in a conference call that reduced spending could tighten up supply and more supply could take time to come back – all at a time when sales to China are “pretty good” at the moment.

Industrial metals, such as iron ore, copper, and steel, tend to outperform precious metals during an economic rebound. Copper prices have already rebounded about 17% since January on hopes that mining cutbacks could erode the global production surplus.

Gold and other precious metals experienced a significant rally in late 2015 and early 2016, driven by monetary easing across the developed world and economic uncertainty in many emerging markets. While these trends are certainly problematic, the market may be overly pessimistic about global economic growth. Central banks still have many policy options available to them and emerging markets like China continue to pursue growth initiatives.

Industrial metals like iron ore rallied higher after China announced new expansionary policies at the NPC this year, and supply dynamics are bullish. If these efforts succeed, industrial metals could become a more attractive asset class than precious metals in late 2016 and early 2017.