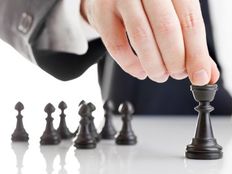 ETF Strategies for the Rest of 2016

The first quarter of the year was filled with surprises for investors. After the price of oil reached its lowest level since 2008, the commodity sharply rebounded to over $40 per barrel after OPEC tentatively agreed to a production freeze. Equity markets moved significant lower during the beginning of the year, but snapped back into positive territory thanks to dovish actions from the European Central Bank and Bank of Japan.

Below, ETF Database takes a look at some of these trends and how investors can play them using exchange-traded funds (ETFs) throughout the rest of the year.

Crude oil volatility has created an opportunity for traders to capitalize on future price movements. Since the commodity’s precipitous fall, billions of dollars have been spent predicting its seemingly inevitable turnaround. It’s no secret that U.S. producers and certain OPEC members have been suffering from low prices, but it’s unclear how long OPEC is willing to tolerate low prices while supplies have continued to stockpile from a lack of demand.

OPEC officials agreed to meet and discuss a production freeze on April 17 in Qatar, but the willingness of members to adhere to a freeze remains uncertain. In response to the meeting, crude oil price rebounded from their lows in mid-February to around $40 per barrel. Record high stockpiles have capped prices at these levels, however, and some traders believe that these rising stockpiles could cut the market’s two-month rally short.

Investors interested in going long in crude oil have a few options:

Negative interest rates have become a reality in both Europe and Japan as the developed world continues to struggle with deflation. While low interest rates have helped boost equity prices, many economists are starting to doubt central banks’ ability to combat deflation. Fiscal policy changes may be necessary in order to truly make an impact, which would be politically difficult in many cases and has been avoided by politicians.

Commodities moved dramatically lower last year, but many of them have rebounded during the first quarter of the year. In particular, gold prices have risen more than 15% amid growing economic uncertainty and the rise of negative interest rates. Gold may not offer any yield for its safe-haven status, but negative interest rates are quickly pushing bonds in the same direction, which has made it more appealing to investors.

Many other commodities have also seen their prices move higher since the beginning of the year. For instance, lumber prices have recently outpaced gold prices by rising more than 15% higher. Silver, platinum, sugar, soybeans, and copper have also posted gains in excess of the S&P 500, driven by the perceived value after the significant sell-off and weak equity prices that have forced investors to move into other asset classes.

Investors interested in going long on commodities have many options:

The first quarter of the year held many surprises for investors, including volatile crude oil prices and a roller coaster ride for equities. With crude oil prices driven by OPEC and equity prices driven by central banks, there are many opportunities for traders willing to take an educated guess about where the market may be headed. ETFs provide an easy way for traders to take these positions and remain relatively diversified.