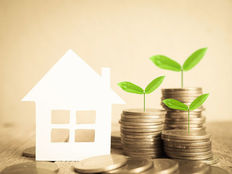 Should You Build Housing ETFs Into Your Portfolio?

The housing market has been heating up over the past several months. With new home sales hitting a post-crisis high of 619,000 units in April, homebuilders like Lennar Corp. (LEN) have reported solid profits, rising orders and growing backlogs. Investors looking to build exposure in the space may want to consider housing-related exchange-traded funds (ETFs) – including homebuilders, real estate investment trusts (REITs) and others.

In this article, we take a look at the state of the U.S. housing market and whether investors should consider buying a stake.

The Bull Case for Housing

The U.S. housing market has experienced a robust recovery since the 2008 economic crisis. According to the U.S. Census Bureau, new single-family home sales kicked off the spring housing season by hitting a post-crisis high of 619,000 units in April. These home sales are being driven largely by record-low interest rates that have sunk 30-year mortgage rates to less than 3.75% – making homes more affordable for buyers.

On the other hand, Lennar Corp. CEO Stuart Miller warned that the housing market could be moving towards a “new normal” characterized by a chronic shortage of housing keeping many families out of the market. Homebuilders could benefit from the shortfall, but many cite land and labor shortages as key barriers. These dynamics could be keeping housing prices on the rise, however, which benefits sellers and landlords.

The Bear Case for Housing

The U.S. economy has been improving on the surface, but there are signs of cracks that could manifest late this year or early next year. The flattening yield curve is a bearish indicator for the economy, since the market is anticipating little to no inflation over the long run. With corporate profits on the decline, there’s also rising concern over the labor market that spiked with last month’s unexpectedly poor jobs report showing just 38,000 jobs added in May.

With a recession in the realm of possibility next year, mortgage lenders have been careful to avoid making loans to those with poor credit scores. The Federal Reserve Bank of New York reported that 58% of the $389 billion in mortgages originating during the first quarter went to those with high credit ratings. These trends could put downward pressure on housing prices if a recession puts more would-be buyers out of the running for a house.

Some analysts have also noticed pockets of overvalued real estate that investors may want to avoid. For example, Fitch analysts suggested that San Francisco, Phoenix and Las Vegas properties were roughly 15% overvalued, while Texas prices were about 10-15% overvalued. Oil-rich markets like North Dakota and Texas could also slow down, as falling crude oil prices could diminish employment prospects and lead to fewer buyers.

Investing in Either Direction

Investors looking to profit from rising housing prices or a bearish future can choose from a variety of different exchange-traded funds. While these ETFs focus on different areas of the market, they represent easy ways to build diversified exposure.

Those with a bullish outlook on the market may want to consider:

Those with a bearish outlook on the market may want to consider:

It’s worth noting that some of these ETFs are relatively small, with under $100 million in assets under management. In these cases, investors should evaluate any liquidity risks and account for them in their buying and/or selling decisions.

The housing sector has been a strong performer over the past several years, driven by low-mortgage interest rates and an improving economy. With some signs of weakness in the U.S., the sector could experience a downturn toward the end of this year or beginning of next year. Investors wishing to play either the bull or bear case have a number of different ETF options, although they should carefully consider their areas of focus and liquidity. 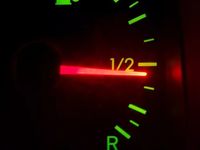 Equities Might Just Have More Gas in the Tank 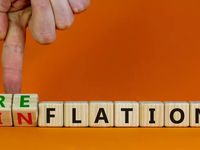 Get Reopening Right with 'RPV'

Reflation trade. Reopening trade. Whatever the preferred buzz phrase of 2021 is, investors can... 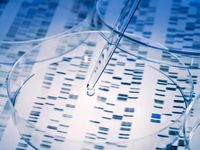 ETF investors looking to get in on the next generation of medical technology may want to give the...