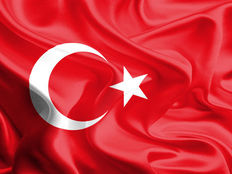 The Turkey Coup: What ETFs to Play

On the evening of Friday, July 15, Turkey experienced a coup attempt by some members of the nation’s military. It started with tanks rolling onto the streets in the capital city, Ankara, as well as Istanbul, the country’s most populous city. Uniformed officers blocked bridges and restricted traffic. By the end of the coup, Turkey was thrown into a crisis. The coup was unsuccessful – the current government remains in power. But it still had a destabilizing effect on the country and its national economy.

The stock market in Turkey sold off following the coup attempt, reflecting the massive uncertainty now facing the nation. The Bist 100 – which is Turkey’s major stock market index – closed at 82,825 points on July 15. On July 21, the index fell to a recent low of 71,595, representing a 14% loss in a span of only one week. The index has recovered slightly from the low – as the coup attempt was defeated and a measure of order has been restored – but Turkey and its economy remain in a state of great uncertainty.

Investors can take action by positioning their portfolios according to how they believe this situation will play itself out.

ETFs With Exposure to Turkey

Investors who are bearish on Turkish equities can prepare for this by monitoring their portfolios for possible exposure to Turkey’s equity markets and consider avoiding stocks in Turkey as a result. The reason investors should adopt a strategy of avoiding Turkish stocks is because things have still not returned to normal in that region. While the President of Turkey declared the coup attempt over, there will be lingering after-effects on the economy. This is not good for Turkey, because the nation expected to see a slowdown in its economy this year, even before the coup attempt. The World Bank forecasts Turkey’s gross domestic product, or GDP, to grow at a 3.5% annual rate in 2016. This would represent a significant decline in growth of economic output, since last year Turkey grew its GDP by 4%.

Investors can act on this by repositioning their portfolios. There are a few exchange-traded funds (ETFs) that track the performance of Turkey’s national equity market. The most popular ETF for investing in Turkey is the iShares MSCI Turkey ETF (TUR A-), which has declined 15% since July 14, the day before the coup attempt was launched. This ETF is highly concentrated in the largest publicly held companies in Turkey. The ETF is 100% invested in Turkish equities. Investors may choose to short this ETF if they believe more headwinds are expected.

The goal of TUR is to track the performance of the MSCI Turkey Investable Market Index. The ETF includes stocks across large, mid or small market capitalizations. The ETF is non-diversified as its sector allocation is oriented toward consumer staples, financials and industrials companies. Approximately 59% of its net assets are comprised of the fund’s top 10 holdings.

Economic conditions in Turkey are likely to deteriorate as the aftermath of the recent military coup attempt unfolds. While the stock market in Turkey has bottomed, the crisis is far from over. Economic growth in Turkey will likely come in even lower than global economists currently project, meaning future estimates may have to come down as well. The economic effects of the military coup are likely to linger into 2017. As a result, investors should pare their exposure to stocks based in Turkey and ETFs that invest in Turkish equities.