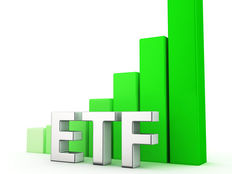 This Week’s ETF Launches: Elkhorn Gets Big in a Hurry

With the new year now underway, ETF issuers have wasted no time launching a bevy of new products and funds.

Launch activity has been swift, and the vast bulk of the new products launched at the tail end of 2016/start of 2017 have followed the trend of smart-beta or fundamental indexing. However, a few issuers have continued to make a splash on the scene by launching some more traditional indexed products by filling holes left behind by larger ETF sponsors.

At the end of the day, 2017 is off to a good start and already shows promise of the new innovative funds that the year could bring. For investors, that’s win-win.

ETF-sponsor Elkhorn is relatively new on the scene, but its pedigree runs deep in the sector. Founder Ben Fulton has been in the ETF industry since early days and has been on the teams that have helped develop some of the biggest funds of all time. Fulton’s fund company, Elkhorn, burst onto the scene last year and has continued to launch many active and smart-beta products targeting a broad range of sectors and asset classes. This week’s series of launches from Elkhorn has the fund company going a bit old-school and using classic indexing.

Surprisingly, investors have a glaring opportunity hole with the sheer amount of ETFs on the market today. Obviously, there’s a bevy of products tackling the various sectors of large-cap stocks. Investors even have plenty of choice regarding segments on the smaller end of the spectrum. However, those wanting to play the “Goldilocks World” of mid-caps are left out in the cold.

To that end, Elkhorn has released a suite of nine mid-cap sector funds. The ETFs track the standard market segments of the widely used Global Industry Classification Standard (GICS) system. It’s the system indexers and institutional investors use to confirm that an energy stock is an “energy stock” or that a consumer discretionary firm fits into its respective category.

Rather than combing through the large-cap-focused S&P 500, the new ETFs from Elkhorn will use the mid-cap-focused S&P 400. Expenses for the ETFs are cheap as well. The entire suite only costs 0.29%, or $29 per $10,000 invested. In the end, the launches from Elkhorn fill a major hole for investors and their portfolios.

Try the ETF Screener to filter ETFs using criteria such as asset class, sector, region, liquidity and expenses to help build-out your portfolio.

Many leases on commercial properties are tied to measures of inflation and interest rates. As rates rise, rents go up. The problem is that some properties have long leases and won’t capture much of the upside in rates as quickly as they happen. The NuShares Short-Term REIT ETF hopes to overcome that.

NURE will track an index that only focuses on firms that own/lease shorter-termed properties. These include apartment buildings, hotels, self-storage facilities and manufactured home properties. The idea is that the shorter contracts – sometimes as short as a week – can capture the upside in rising rent rates faster than, say, an office building that is rented for years at a time. In the end, the firms inside NURE’s index should be able to release faster profit growth. And since they are real estate investment trust (REITs), they kick back that cash faster to investors as continually rising dividends.

It’s a unique take on the real estate/REIT marketplace. No other ETF on the market focuses on lease duration. TIAA-CREF/Nuveen could have a major hit on its hands if the dividend growth keeps up with expectations and rising rates.

Expenses for the quirky ETF are reasonable as well: coming in at just 0.35%. That puts it on the cheaper end of the spectrum when it comes to the real estate sector.

The launches from Nuveen and Elkhorn are perfect examples of how there is room for both smart-beta funds as well as more traditional indexed products. The real winners in this continue to be investors, who now have even more choices for their portfolios.