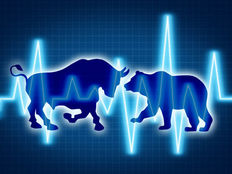 Global equities were predominantly negative for the week, with emerging markets showing the only gains.

Foreign equities were a mixed bag this week, with gains coming only from Russia, India and China.

Commodities were all up for the week, with the exception of agriculture. For a full list of all commodity ETFs, click here.

Currencies were a mixed bag this week, with the biggest news focused on the beginning of Brexit. For a list of all currency ETFs, click here.

Use our Head-to-Head Comparison tool to compare (FXY C) and (FXB B) on a variety of criteria, such as performance, AUM, trading volume and expenses.