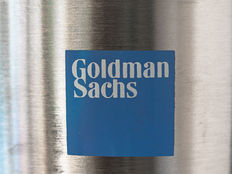 The theme of the week, however, may be “low cost.” There are four ETFs that hit the market with expense ratios of 0.10% or less, as well as two that debut as the cheapest funds in their designated segments.

Equal weighting has become more popular in recent years as an alternative to traditional market cap weighting strategies. The Guggenheim S&P Equal Weight ETF (RSP B+) is the most successful equal weight product with assets of over $13 billion, but Goldman Sachs is looking to make its presence known. The Goldman Sachs Equal Weight U.S. Large Cap Equity ETF (GSEW A-) doesn’t specifically equal weight the S&P 500, but it does equal weight “500 of the largest U.S. companies.” With an expense ratio of just 0.09%, it becomes the lowest cost equal weight ETF in the market and well below the 0.20% expense ratio of the Guggenheim fund.

Leveraged crude oil funds and notes are not new in the exchange-traded products world. More than a dozen ETFs and ETNs exist already based on long or short positions in oil. Add two more to the list this week with the introduction of the AxelaTrader 3x Long Brent Crude Oil ETN (UBRT ) and the AxelaTrader 3x Inverse Brent Crude Oil ETN (DBRT ). Both funds are brought to market by Credit Suisse and are designed to deliver triple the daily long or short returns of Brent crude oil futures. Ironically, Credit Suisse is the same company that shut down the popular VelocityShares 3x Long Crude Oil ETN and VelocityShares 3x Inverse Crude Oil ETN just last year.

Profiting From China’s One Belt One Road Initiative

Chinese President Xi Jinping announced the country’s One Belt One Road (OBOR) initiative back in 2013 as a means of developing and expanding its economic presence across Europe and Asia. The KraneShares MSCI One Belt One Road ETF (OBOR B-) aims to identify potential beneficiaries of the One Belt One Road initiative based on how their geography, revenue and sector attributes align with the broad theme. Benchmarked to the MSCI Global China Infrastructure Exposure Index, the fund seeks to capture the economic growth and monetize the potential upside for the companies involved in the initiative.

A Preferred ETF at a Bargain Price

Many fund providers are recognizing that expense ratios and net flows have a strong correlation. Investors continue to flock to cheap products as fund companies undercut each other on price. Global X joins the competitive landscape with the Global X U.S. Preferred ETF (PFFD A). The fund casts a wide net by allowing itself to invest in floating, variable and fixed-rate preferred, cumulative and non-cumulative preferreds and trust preferreds. Global X looks to compete strongly on cost with this ETF as it will charge just 0.23%, well below the iShares U.S. Preferred Stock ETF (PFF A+) expense ratio of 0.47%.

The race to the bottom related to index fund expense ratios is evident this week as a pair of funds instantly become the low cost leaders in their categories. Investors are increasingly directing their money to ultra-low cost ETF options, and providers are more than willing to give them what they’re looking for.