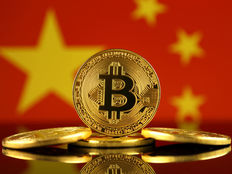 China’s Global Cryptocurrency Could Be on the Horizon

While the Securities and Exchange Commission (SEC) is still keeping a cryptocurrency-based exchange-traded fund (ETF) from debuting on a major U.S. exchange, over 7,000 miles away, China is looking to launch its own global cryptocurrency.

The news comes amid social media giant Facebook facing numerous obstacles trying to launch its own cryptocurrency project, dubbed “Lira,” in the U.S.

According to a CNBC report, the second-largest economy “announced earlier this year that it was working on a digital currency backed by the yuan, reportedly inspired by Facebook’s announcement. Analysts and crypto industry leaders are highlighting geopolitical implications of China launching a digital currency first — especially if libra hits a brick wall with U.S. regulators.”

“China has been incredibly strategic about how they think about cryptocurrency,” said Brad Garlinghouse, CEO of Ripple. “They have been dependent on the U.S. dollar as the global reserve currency — to the extent that other currencies emerge, and they can help propagate those, they’re intrigued by that.”

China has been more receptive to cryptocurrency efforts compared to its trade war counterpart. If Facebook encounters further regulatory obstacles, China could assume the mantle in terms of global crypto dominance.

China is also expanding its technology sector as it looks to wean itself off of reliance from the U.S. Investors can look to China-focused ETFs for opportunities in their burgeoning tech sector.