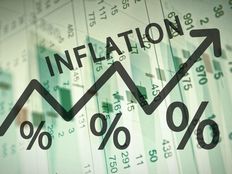 Bond ETFs for Those Focused On Resurgence in Inflation

Bond investors who are worried that rising inflation will eat away at their real yields can look to bond ETF strategies to hedge against the negative effects of inflation. For example, Treasury inflation protected securities-related ETFs, like the iShares TIPS Bond ETF (TIP A-), Vanguard Short-Term Inflation-Protected Securities ETF (VTIP A-) and Invesco PureBetaSM 0-5 Yr US TIPS Portfolio (PBTP B), include exposure to TIPS, which provide protection from inflation since the principal of a TIPS bond rises along with inflation but decreases with deflation as measured by the Consumer Price Index. Furthermore, the fixed interest rate is applied to the adjusted principal, so interest payments rise with inflation and fall with deflation.