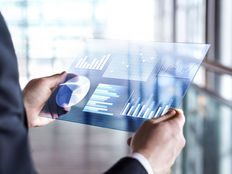 Benkert discussed how ARK actively manages its portfolios in an extremely transparent nature. As Benkert makes clear, ARK believes investors should know what they own, so they strive for full transparency, posting their trades daily.

Additionally, Benkert explained that ARK is not just an index ETF that puts the focus backward; they may rebalance or trade daily, allowing them to provide fully actively managed ETFs.

“Innovation is a fast-paced space,” Benkert said. “We think while we’re long-term investors, we’re short-term contrarians. We’ll take advantage of misunderstanding or controversy in the market.”

Tying It To Tesla

As an example, Lydon brought up Tesla (TSLA) as an example of the kind of company that plays into what ARK may be after. As Benkert explains, they are firm believers in Tesla over the long term. It’s one of their number one holdings in many of ARK’s ETFs. However, if the market punishes the stock, that may provide an opportunity for ARK. If ARK’s investment thesis and company score holds, they’ll buy more.

“Now, as the stock appreciates and appreciates over 10%, we tend to take profits,” Benkert adds. “We have a trade limit of 10% for the ETF, so we’re not going to buy over it, but it may appreciate over it. Now, as Tesla was coming back in Q4, it reached 13-14% of the portfolio, our portfolio manager will take profits and readjust the portfolio accordingly. That doesn’t mean Tesla’s out of favor for us, we’re just readjusting the portfolio — that’s active management.”

In regards to how ARK’s use of active management makes things easy for advisors, Benkert notes how they can even sign up for trade notifications, where an email containing all recent trade news will arrive daily.