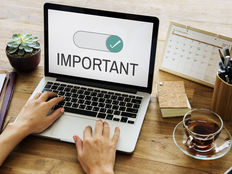 Municipal bonds, also known simply as munis, are debt obligations issued by government entities. Like other forms of debt, when you purchase a municipal bond, you are loaning money to the issuer in exchange for a set number of interest payments over a predetermined period of time. At the end of that period, the bond reaches its maturity date, and the full amount of your original investment is returned to the investor.

An important part of the near-term thesis for ETFs such as HYD and SHYD is that default rates remain low.

“The total par value of first-time non-payments of interest or principal due was $3.6 billion in 2019,” said VanEck in a recent note. “This is just 0.09% of the $3.82 trillion market. Recent defaults have been generally from smaller healthcare sub-sectors such as nursing homes and continuing care retirement communities (CCRCs). These alone represented nearly three-quarters of last year’s total.”

Another important element to consider with HYD and SHYD this year is that regardless of the presidential election, demand for muni debt remains strong.

“The leading Democratic candidates support higher and/or new income taxes on high-income earners,” according to VanEck. “Higher taxes historically support demand for tax-exempts, and even the possibility of higher taxes could contribute to positive fund flows. If Trump wins reelection, federal tax policies are likely to remain unchanged. No matter the outcome, we expect continued demand for municipal bonds.”

“The total issuance of municipal bonds expanded by 21.9% in 2019,” according to VanEck. However, this was not nearly enough to meet the reinvestment demand generated by calls, coupon payments, and maturing bonds, let alone the demand from mutual fund and ETF fund inflows, which totaled $93.6 billion last year.”