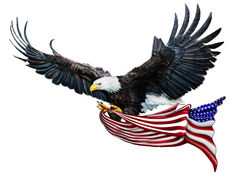 While attempting to capitalize in the most beneficial ways, there are ideals some companies would prefer to hold onto. On Thursday, Ridgeline Research announced the launch of the American Conservative Values ETF (NYSE: ACVF). The fund will focus on large capitalization of U.S. equities.

“As a long-time passionate conservative and professional investor, I have often been frustrated watching major corporations support causes that are antithetical to my conservative ideals, beliefs, and values. I’m tired of investing in these companies! In response, I created an ETF company to service fellow conservative investors, Ridgeline Research. Our first ETF is a large cap fund that will “Boycott” companies that do not align with conservative values.” Said William “Bill” Flaig, Founder and CEO of Ridgeline Research

With ACVF, from Ridgeline’s point of view, investors can stand alongside their conservative friends and family. They can invest in change.