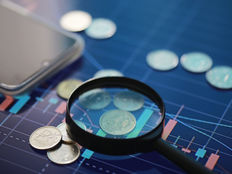 “We have the opportunity to offer an ETF that has the objective of tempering volatility using our proprietary active methodology,” said Ed Rosenberg, head of ETFs for the firm. “Because LVOL is actively managed, it will enable a nimble approach that can adapt to quantitative insights and challenging market conditions.”

American Century Low Volatility ETF’s managers use quantitative models to select securities with attractive fundamentals that they expect will provide returns that will reasonably track the market over the long term while seeking less volatility.

According to Rosenberg, the LVOL portfolio managers aspire to deliver market returns in normal markets while losing less in drawdowns by correcting low-volatility indexes’ shortcomings. “We’re emphasizing strong fundamentals in an effort to limit potential risk of speculative companies with questionable profits,” he said. “We’re also expanding risk measures beyond volatility to capture other downside and balance sheet risks while focusing on volatility at the portfolio level as well as the individual stock level.”

The fund is co-managed by Steven Rossi, CFA, Tsuyoshi Ozaki (both of the Disciplined Equity team), and Rene Casis. Rossi joined American Century from RS Investments in 2016, Ozaki from Axioma Inc. in 2017, and Casis from 55 Institutional and BlackRock before that, in 2018.