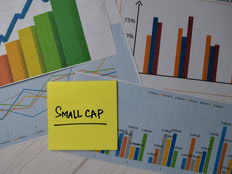 ETF Trends CEO Tom Lydon discussed the Vanguard S&P Small-Cap 600 Value ETF (VIOV A-) on this week’s “ETF of the Week” podcast with Chuck Jaffe on the MoneyLife Show.

VIOV seeks to replicate a benchmark that offers exposure to small cap firms that exhibit value characteristics in the U.S. equity market. The investment thesis behind small caps is that these firms are likely to provide strong growth prospects to a portfolio and should have a much easier time growing then their large cap counterparts. However, these securities are extremely volatile and can experience large losses or gains in a concise period of time. Despite their volatility, these products should probably be in every investors’ portfolio. They tend to move somewhat independently of large caps and can be a better pure play’ on the American economy.

This particular ETF, since it focuses on value securities, has certain biases in its portfolio holdings and may not offer as much of a cross-section as funds such as IWM. However, VIOV does a solid job of dividing up assets as the fund holds more than 400 securities in total and doesn’t give anyone security more than 1.0% of the total assets. Thanks to this extreme diversification and VIOV’s ultra-cheap price, the fund could make for a quality addition to portfolios of investors who are looking for small cap exposure but are seeking lower risk assets in the space.

Currently, small cap value stocks are outperforming expectations. Year-to-date, VIOV is up 18.7%; with the Russell 2000 up 11.5%, and S&P 500 up 2.3%. Small-capitalization stocks and related ETFs have been outperforming their large cap counterparts by the widest margin in over two decades as investors shift out of coronavirus pandemic plays and look to a broad economic recovery.

The Russell 2000 has outperformed the S&P 500 by the widest margin for the first two months of the year since 2000. There’s still much ground that small-caps can make up, given that they’ve lagged for most of the previous bull expansion. Even with the recent outperformance, small caps are still a good ‘value’ play, with a price-to-book ratio well below their large cap peers.

What’s going on with small caps?

Small capitalization stocks have been outperforming in anticipation of greater fiscal spending from the Biden administration, which is pushing for a $1.9 trillion relief package. The Democrat-controlled House of Representatives set on passing the bill, and the split Senate will have V.P. Harris as the decider. Additionally, many are growing more optimistic over the broad economic recovery with accelerating vaccination rollouts.

Smaller companies are more sensitive to changes in the domestic economy than their larger peers, which also have a large international footprint. Economically sensitive sectors like energy, materials, and banking also make up a greater portion of the small-cap segment than larger indexes. Once pummeled, cyclical sectors are now attracting bargain hunters betting on a broader recovery.

ETF investors have also taken notice. Small cap ETFs have attracted $8.4 billion in net inflows this year while large-cap ETFs have brought in $13.3 billion. To put this in perspective, small cap ETFs saw $29.5 billion in inflows over the past 12 months, compared to the $40.8 billion for large cap ETFs.

Listen to the full podcast episode on the SPCX ETF: