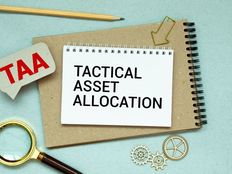 Relative Sentiment in a MOOD for Tactical Allocation

MOOD is an actively managed ETF that seeks to grow capital by tactically investing in equities, bonds, and gold based on “relative sentiment” factors. Relative sentiment measures the difference in sentiment between institutional and retail investors.

The fund’s portfolio will be tactically allocated among passively managed U.S. and foreign, developed market equity ETFs, bond ETFs, and in some instances, gold exchange traded products as described below:

Once Relative Sentiment has determined MOOD’s equity allocation, it will recommend that the fund allocate the remainder of its portfolio to broad-based or inflation-protected bond ETFs and, in some instances, to gold ETPs.

In particular, as subadvisor, Relative Sentiment will allocate between gold, broad-based bonds, and inflation-protected bonds based on the following indicators:

For example, if U.S. dollar relative sentiment is bearish and real rates are declining, the fund will generally allocate its non-equity holdings evenly between bond ETFs and gold ETPs. Whereas with respect to intra-bond allocations, the level of retail macro sentiment will determine how bond allocations are apportioned between broad-based and inflation-protected bonds.

MOOD has an expense ratio of 0.71%, according to the fund’s summary prospectus.