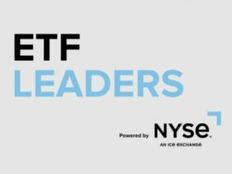 At Exchange: An ETF Experience 2022, U.S. Global Investors CEO and CIO Frank Holmes said that "we are spending a lot of money” on shipping, noting that “we’ve seen the cost of shipping go up sixfold.” In mid-January, U.S. Global Investors launched. Global Sea to Sky Cargo ETF (SEA B), which seeks to provide diversified access to the global sea shipping and air freight industries.

“I really respect the law of mean reversion,” Holmes said. “So, as things have gone up, some categories exponentially, mean reversion will take place. So, I think some of these big selloffs are exponential and will probably get a big rebound here.”

When U.S. Global Investors launched SEA, Holmes told VettaFi Editor-in-Chief Lara Crigger for ETF Leaders, powered by the New York Stock Exchange, that he “was very worried,” because the market cratered during its launch. But when U.S. Global launched SEA, pricing in the shipping industry “went up.”

“Russia invades Ukraine, and all of a sudden it goes up again, because the shipping companies have such power” to raise prices now that “they can’t fly over Russia.”

“They’re going to charge you more if you want a new car coming across the Pacific,” Holmes added. “So, I think it’s just recognizing these bounces.”