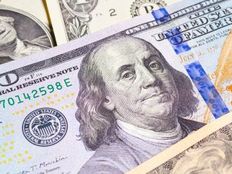 With NXTE, AXS Targets Those Leading the “Next Economy”

The fund’s portfolio is managed by Green Alpha Investments, which selects companies that are profitably creating innovations that address core global systemic risks and improve economic productivity through its “Next Economy” process.

“This ETF stands out in the ESG space through its active management and ability to find ideas in any geography, sector, or size,” said Todd Rosenbluth, head of research at VettaFi.

In a news release announcing the fund’s launch, AXS Investments CEO Greg Bassuk said he was “excited to partner with Green Alpha to launch the industry’s first-ever Next Economy ETF,” before adding: “Given the important diversifying benefits this strategy can add to investment portfolios, combined with Green Alpha’s decades-long expertise in this area, we are thrilled to bring this Next Economy ETF to the broader investing public.”

Garvin Jabusch, portfolio manager of NXTE and chief investment officer of Green Alpha, added in the release: “We’re thrilled to expand our partnership with AXS Investments, a firm whose longtime success with ETFs has brought exciting innovation to the space. Our Next Economy approach has been proven to uncover successful companies that are advancing economic productivity gains, renewable energies, waste-to-value supply chains, and equitable distribution of wealth. Collaborating with AXS gives investors ETF access to these distinct exposures.”

The launch of NXTE is the latest in a series of ETF launches and acquisitions by AXS. In July, AXS launched a suite of eight ETFs that seek to provide leveraged long or inverse exposure to the daily performance of some of the most actively traded stocks across a variety of sectors. In May, the firm launched the AXS 2X Innovation ETF (TARK ) and the AXS Short China Internet ETF (SWEB ). In April, AXS announced its intention to acquire Tuttle Capital Management’s suite of six ETFs. In March, the company acquired the AXS Change Finance ESG ETF (CHGX B), the first fund to be certified carbon-neutral in the U.S.