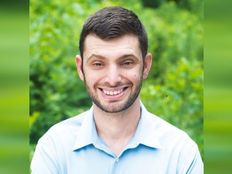 Earnings Could Decline in 2023. What Does It Mean for Dividends?

Market strategists are raising the alarm over corporate earnings and dividends in 2023 due to the Federal Reserve’s rate-hiking resolve and a slew of other headwinds. JPMorgan’s research team estimates the consensus earnings-per-share of the S&P 500 will fall 9% next year.

What does that spell for dividend-focused companies, and the ETFs that saw outsized increases in assets earlier this year as bonds and equities both struggled? VettaFi contributor Dan Mika spoke with Sure Dividend CEO Ben Reynolds for his outlook on the strategy next year. (Learn more about Sure Dividend here.)

Dan Mika, VettaFi: Dividends became a hot investment strategy in 2022. What is the outlook for 2023 in terms of earnings and dividend growth?

Ben Reynolds, Sure Dividend: From a broad perspective, I’m concerned about further market or even economic and business declines in 2023. That certainly doesn’t mean they’re guaranteed. But I do think there’s elevated risk next year versus what you’d see in a normal year. With that said, I’m also a big proponent of bottom-up investing, so not thinking top-down but looking more at the individual business. So for me, what that means is, if you’re looking at what the market or the economy, in general, is going to do, that might have a much bigger impact on a sort of mediocre business with a high payout ratio than a real blue-chip quality company with a sustainable payout ratio.

VettaFi: You mentioned the broader economy. A few days ago, JP Morgan reduced its S&P 500 earnings projection by 9% for 2023. I wonder how much that is playing into your thoughts regarding all of these macro factors and how they affect the dividend aristocrats.

Reynolds: In the case of a dividend aristocrat, it’s an S&P 500 stock that’s paid rising dividends for at least a quarter century every year. When a company has a long dividend streak, the management teams tend to like to keep those streaks going. Obviously, they do sometimes cut their dividends. You can look at Ross Stores, which was one in the COVID recession that cut their dividend. They probably didn’t need to (but did so) just to be conservative. But typically, those are companies that we feel are less likely to cut their dividends when times get difficult. You have to look at the price too. We’re very value-conscious, so if the price of stocks is falling further than the earnings, that could create some potential good buying opportunities for a long-term investor focused on these quality dividend-growth companies, there might be a buying opportunity in 2023 that’ll look great by 2025.

VettaFi: In terms of ETFs, what guidance would you have for investors when they are looking at the underlying holdings in a dividend-focused fund?

Reynolds: I think quality is key. The first thing that jumps out is dividend yield. So someone might pick the highest yielding ETF here, which can get very dangerous, because the higher the yield, typically, the higher the payout ratio of those companies and the less ability they have to withstand a decline in earnings. So with earnings expected to potentially decline, you’re at greater risk of dividend cuts and serious price declines. I would say, for the underlying businesses and the ETFs that hold them, focus on quality should be really helpful during periods of increased uncertainty. You want to be able to sleep well at night knowing that you’re investing in the type of companies that will be able to withstand a potential down period, and have proven that because they’ve done so through 2020 and 2009, and 2000, and so on.

VettaFi: It’s a bit of a financial faux pas to say, “This time is different,” especially when we’re talking about companies that have been successful at dividends for longer than 25 years. But with the rising rates and with the macroeconomic environment, is there any reason to believe now that there might be an increased risk that dividend-issuing companies have to either reduce their dividends or be more conservative in their increases?

Reynolds: On one hand, you can say these types of companies are less likely to cut their dividends. But on the other hand, every recession, every down period is different than the one before. The companies that did well in 2020 were not the same, and the companies that did poorly, typically, were not the same as the ones in 2009 because those prices were just so different. (There were) different causes and different companies doing well. So yeah, with the issues we have today — roughly 7% inflation and interest rates very likely to continue to increase — the companies that will do better in that environment are probably going to be different than the ones that did great in 2009 or 2020. It’s tough to say beforehand, but companies that tend to do better with higher interest rates would be banks and insurance companies. With banks, they can get the interest rate spread higher. With insurance companies, they can invest their float into higher yielding opportunities and make more money. And then other companies that have float, like payroll processors like ADP, are an example of a dividend aristocrat. That’s a benefit from higher interest rates, but not necessarily recommending them right now. I believe they’re overpriced… but just throwing out a name in general there. But I completely agree that every time really is different. But at the same time, while each recession and each economic decline and market decline is different, they do kind of rhyme. Companies that have weathered previous storms have at least proven they have that ability and are probably more likely to be able to weather the next storm than a company that hasn’t proven itself.

VettaFi: I’m wondering if you have a different approach that you would recommend for investors when they’re considering having a dividend strategy as part of their long-horizon strategy versus what we saw earlier this year when dollars poured into dividend-focused ETFs as both bonds and equities struggled.

Reynolds: I’ve never really thought about it. But in those terms, quite honestly, the way I think about it is that I’m looking for quality businesses, likely to be able to pay higher dividends over long periods of time and holding them for the long run. I think that lines up really well with what most people invest for, which is, you know, at some point, income in retirement, whether that’s five years from now, or they’re already in retirement, or 30 years from now. I think dividend stocks line up really well with that. So I think more in terms of the business: is the management shareholder-friendly? Are they paying dividends? Can we hold it for a long period of time? That’s really the approach we take. I don’t really think of it in terms of switching to that specific style for a year or two to try to do better in a recession. The reason I wouldn’t really think in those terms is I personally believe we’re likely to have a difficult time ahead. But I’ve thought that for like most of the last ten years, and I’ve been wrong most of the time, so I try not to act on those macro views. Personally, I just try to take what the market gives us. So if there are big buying opportunities, take them, and if you don’t see anything you like, then just keep holding for the long run.