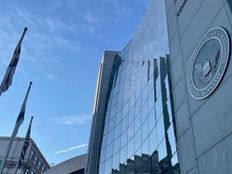 The proposal was approved 3-2 by the SEC’s board along party lines earlier this week. Accounts operated by individuals or on behalf of individuals or families are eligible for protection as long as their order involves less than $200,000 in market value or if they place fewer than an average of 40 daily trade orders over the prior six months.

More than nine in 10 trades from retail brokerage accounts are executed not by the exchanges but by financial market makers that take on those orders at scale, according to the SEC. Those market makers pay brokerages a slice of their profits to handle smaller trades, a practice better known as payment for order flow. The practice has grown in popularity in recent years as a way for brokers to offer zero-commission trading.

Regulators argue that by routing individual orders away from the broader market, retail investors lose out on an estimated $1.5 billion annually due to price execution differences between traditional exchanges and wholesalers.

The SEC’s proposed fix is to place the right to execute retail trader orders up to auction, with the offer lasting as long as 300 milliseconds. If the trade order isn’t executed at that time or doesn’t receive a bid better than the midpoint between a security’s publicly-displayed bid and ask price, the wholesaler can process the trade internally.

“I think it makes sense for the market, and for everyday individual investors, to allow the broader market to compete for their orders,” SEC Chair Gary Gensler said in a statement.

Broker-dealers will likely oppose the rule as an additional burden to their current business models. Kenneth Bentsen, the president of the Securities Industry and Financial Markets Association, warned the rule could lead to unforeseen consequences.

“Any changes being proposed in the name of competition which may tilt the playing field at the expense of investors should be weighed carefully,” Bensten said in a statement.

The proposed rule is open for public comment through March 2023 before it can take effect.