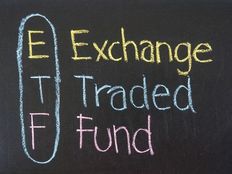 The ongoing evolution of the ETF industry has brought forth a host of previously difficult-to-reach asset classes right at the fingertips of mainstream investors. Commodities in particular have attracted serious interest lately as the exchange-traded product structure makes it easy and cost effective to access this corner of the market. The energy segment of the commodities market presents investors with lucrative rewards, although the risks can be overwhelming for those unfamiliar with the underlying fundamentals and futures trading mechanics.

With several dozen different energy commodity ETPs to choose from, many investors are probably scratching their heads wondering where to start. No matter which route you go with, it’s likely that there could be several, seemingly identical ETPs which suit your needs. Investors need to do their homework and take a closer look under the hood because there are often times significant differences between two very similar products [try our Free Head-To-Head ETF Comparison Tool].

Let’s take the United States Oil Fund (USO B) and the United States Gasoline Fund (UGA B-) for example. While oil and gas may be interchangeable words for many people in certain instances, an in-depth look at the fundamental differences between the two underlying commodities is necessary for well informed investing decisions.

First and foremost, oil and gas both fall under the energy family of commodities, along with other fuels including heating oil, natural gas, and coal. These commodities have appeal from an investment perspective because they are used in a vast number of industrial applications, which makes them critical to every day life. Likewise, they are also among the most widely-traded commodities, which makes them attractive for experienced traders [see Crude Oil Guide: Brent Vs. WTI].

USO’s underlying holdings consist of futures contracts for light sweet crude oil; this is the raw fossil fuel which is then refined to produce a number of well-known petrochemicals including gasoline, heating oil, and diesel. It takes approximately three barrels of refined, or processed, crude oil to produce two barrels of unleaded gasoline. While both energy commodities are ultimately consumed as fuels, investors need to understand the inherent differences in the underlying supply and demand factors affecting the price of each [see also 25 Ways To Invest In Crude Oil].

UGA on the other hand holds futures contracts for unleaded gasoline; this is reformulated gasoline blendstock for oxygen blending, also known as RBOB. Because gasoline is a by-product of crude oil, investors need to understand that while the two are closely related, their spot prices should not be expected to exhibit perfect correlation with one another [see also Energy Bull ETF Database Portfolio].

The production process of gasoline provides an example of how these similar resources can behave very differently in certain scenarios. For instance, geopolitical tensions in the Middle East may have a significant impact on crude oil prices, whereas a hurricane in the Gulf of Mexico will likely have far more influence on gasoline prices since the majority of U.S. refineries are in that area. The inherent differences between oil and gas result in unique risk/return profiles for USO and UGA respectively, giving investors multiple ways of playing the energy market [see 3 ETFs For Long-Term Energy Trends].

When it comes to popularity, USO takes the cake. This ETF has accumulated nearly $3 billion in assets under management since launching in 2006, while UGA has also amassed an impressive $101 million in AUM since 2008. The underlying differences between crude oil and gasoline futures contracts is reflected in the expense ratios; USO charges 0.45%, while UGA charges a steeper 0.60% in fees [see also ETF Tax Tutorial: Complete List Of ETFs That Issue A K-1].

The fundamental differences between these two energy ETPs is perhaps best reflected in their performance. Historically, USO and UGA have exhibited a positive correlation of above 0.75; in 2014, USO lost approximately -42.36%, while UGA suffered a -43.02% loss [see UGA Returns]. In 2013, USO was up at about 5.84%, while UGA has gained 2.55% [see also Energy Commodity Heatmap].

This meaningful divergence in performances can also be observed on a shorter time frame, which further emphasizes the differences between these two similar energy ETPs.

[For more ETF analysis, make sure to sign up for our free ETF newsletter or try a free seven day trial to ETF Database Pro]

Expanding EV Market Could Be Catalyst for KARS

With IRVH, Prepare for More Volatility in 2023

CFP Board Encourages Caution Regarding Crypto