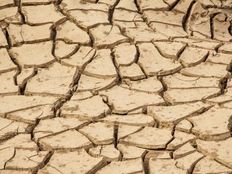 What ETF Investors Need to Know About El Niño

The weather phenomenon dubbed El Niño has been known to wreak havoc across financial markets as tumultuous weather often leads to heightened volatility on Wall Street.

This article examines the economic implications of El Niño and how investors can use ETFs to profit from the weather pattern.

What is El Niño?

Perhaps best described as an irregular series of climatic changes in weather, the term “El Niño” refers to the warming of the eastern and central Pacific Ocean. The weather pattern is said to occur every four to 12 years as weakened trade winds disrupt the typical pattern of coastal upwelling; this prevents cold water from rising to the surface, which in turn leads to unusual, and often extreme, weather conditions around the world. El Niño is known to kill fish and plankton, cause droughts and bring heavy rains.

These irregular climate conditions tend to develop from April through June, reaching maximum strength in December through February. El Niño is said to persist anywhere from nine to 12 months but can last as long as two years.

El Niño’s economic impact spans far beyond the predictable negative consequences on the fishing industry. This weather phenomenon can influence commodity markets in unpredictable ways, which translates into a ripple effect across industries and countries in today’s ever-so-connected global economy.

In fact, the effects of El Niño on commodity prices are well-documented. Consider the following research from the IMF:

The Effects of an El Niño Shock on Real Commodity Prices

The study from the IMF further goes on to conclude that most countries experience inflationary pressures in the short term following El Niño-related events, which is of course in large part due to rising food and energy prices.

The economic implications of El Niño go beyond commodity prices. This weather phenomenon can constrain supply chains of all sorts, slow down construction, disrupt usual business service activity, and even trigger social unrest in commodity-dependent countries.

Investors and traders have a variety of options at their fingertips when it comes to trading around this weather anomaly.

Volatile weather translates into unpredictable harvests for any number of agricultural commodities accessible via ETPs, including:

On the energy front, traders can pick from these single commodity ETPs:

Metals prices may also come into focus following an El Niño shock as investors fret over mining supply concerns in Chile due to heavy rains in the mountains, or perhaps in light of increased safe haven demand:

For a wider-net play, consider starting your screening process from the broad-based Diversified Commodity ETPs list.

If you plan to trade commodity ETPs around El Niño shocks, be prepared for even more volatility than is inherently associated with this category of products. After doing your fundamental research, don’t forget best practices when it comes to ETF trading; this includes using limit orders on entry and placing stops to cut losses and lock in profits on exit.

mage courtesy of jukree at FreeDigitalPhotos.net