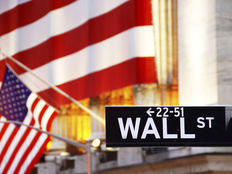 It’s getting a tad bit testy in the ETF world. In one corner, you have arguably the greatest activist investor/corporate raider Carl Icahn. The other, Larry Fink, the head of the world’s largest asset manager BlackRock. The fight comes down to whether or not your bond ETF—or any ETF for that matter—is safe from utter collapse.

Icahn first began raising concerns over liquidity in bond ETFs earlier in 2015, but he really hammered his concerns home at CNBC’s 2015 Institutional Investor Delivering Alpha Conference in New York City. To Icahn, they “sell liquidity.” But "There is no liquidity. That’s my point. And that’s what’s going to blow this up.” For Icahn, panic selling by investors especially in high yield and corporate bond ETFs will cause the underlying funds to collapse.

Fink, who was sharing the stage with Icahn calmly countered Icahn’s depictions of ETFs as dangerous and possible of collapse. Fink should know, he’s the one who steered BlackRock into purchasing iShares from Barclay’s during the recession and made it into the powerhouse it is today.

The Tale Of Two Markets

On the surface, ETFs seem like simple beasts. You—the retail investor—are buying a basket of various assets continuously through the day that trade at their net asset values (NAVs). That seems pretty unassuming. However, there is a very complex structure and interworking between various market participants that keeps shares of an ETF as trading as close to NAV as possible. With it this interworking, ETFs would be nothing more than their index tracking closed-end funds (CEFs)—a fund type that hinges completely on supply/demand for share pricing and can track wildly from their NAVs.

To begin with, ETFs have a dual existence in the marketplace. That’s made up of the primary market and secondary market. It’s a balance between creation & redemption versus buying & selling.

Before an ETF trades on an exchange, it must be created in the primary market. Essentially, what happens is that Authorized Participants (APs)—read: institutional investors—create ETF shares through direct purchases from the ETF sponsor. These APs will either give the fund sponsor physical stock, shares, bonds or whatever that make up a creation unit or provide them with cash, or a combination of the two. Wango-bango and you have a fresh block of 50,000 ETF shares.

When investors sell out of a mutual fund, it must come up with the cash—by tapping into its reserves or selling securities—to pay its tab with investors. When you a sell an ETF, BlackRock or Vanguard isn’t required to do anything. They essentially don’t care about the transaction between you and I. Think of this way, all the stocks that the S&P 500 SPDR (SPY A) owns are locked in a vault somewhere. When you buy a share of the SPY, you’re buying a “right to own” a piece of that vault. What’s in the vault or its value doesn’t change. You have no effect on what’s going on in the vault.

Icahn’s concerns stem from “what happens if no one wants that right to the vault?” Their valid, but unfounded based on ETFs other features. Icahn seems to be confusing CEFs with ETFs. ETFs are designed to have a mechanism that helps keep them as close to NAV as possible.

Unlike mutual funds and CEFs, ETFs have a go between that makes them unique. There are a whole host of market markers that provide liquidity by facilitating trades in the secondary market. These market makers will adjust for the continuous market movements of the ETF’s underlying securities by setting the intra-day bid & ask prices for the ETF. The difference between the two prices is called the bid-ask spread. On most of the largest ETFs, that difference is basically zero. You’re getting exactly what the ETF is worth. It’s also why many ETF pundits harp on the fact that investors should focus on the largest and most liquid funds.

Occasionally, when things get wonky, supply/demand can deviate that big-ask spread relative to the ETFs NAV. But again, the fund structure provides a safety net that prevents collapse and a very wide deviation from value.

Market Markers along with the APs have the ability to arbitrage the NAV/Price difference during the redemption process. NAVs on ETFs are updated every 15 seconds. Just like the creation process, ETF shares are freely exchangeable for the assets that make up the fund. Again this happens in the primary market—above where you and I play. If the value of the shares deviates from the value of the assets, APs & Market Markers can redeem ETF shares for the assets themselves. This removes supplies of share count from the secondary market and helps match current supply to demand. This makes it almost impossible for the ETF shares to drop too far below the NAV, since the big boys can always just trade the shares for the actual assets. Remember, you are buying access to the vault.

This arbitrage process—which is driven by one of the most powerful forces in the universe called profit motive—is what helps keep ETFs from complete collapse. At some point, Market Makers & APs will step in and become buyers of last resort since they can instantly redeem those shares for the actual stocks, bonds or whatever the ETF holds. They’ll make money on the difference. The reverse is also true, if the NAV gets too high. They’ll just make more ETF shares and profit from the spread.

This process also helps discredit Icahn’s fears about illiquid assets. Unloading an individual junk bond in times of crisis will be very difficult. However, even if NAV of let’s say the iShares iBoxx $ High Yield Corporate Bond ETF (HYG A) deviates insanely, market makers/APs will step-in, buy shares and profit from the difference. You’ll be able to dump HYG shares on the secondary market and you’ll know exactly what someone is willing to pay you for it. You won’t be able to say that about an individual bank note or junk bond.

Your ETF can’t collapse. The primary vs secondary markets, creation/redemption process along with arbitrage opportunities by market makers, keeps ETFs as close to NAV as possible. Even in doomsday and crisis situations, the process will continue to work. Your ETF itself is safe from destruction. Now that doesn’t protect you from loss, if you bet on the wrong sector or horse, but the fund structure itself won’t fail.

For more ETF insights, sign up for our free ETF newsletter.