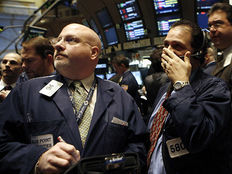 Why An ETF Can’t Collapse

A 2010 article penned by Andrew Bogan, Managing Member of a Boston-based asset management firm, briefly caused a surge in anxiety among ETF investors, spreading concerns about the stability of the ETF structure.

Bogan’s “research” attempted to delve into one of the less-mentioned differentiating attributes of exchange-traded funds: the ability to sell these securities short, and the potential ramifications of the massive short selling of an ETF. The conclusions he reached painted a rather frightening picture for any investors or advisors using ETFs.

Be sure to also see the 101 ETF Lessons Every Financial Advisor Should Learn.

“While ETFs often appear to be a benign innovation as compared to some of Wall Street’s arcane derivatives, a closer look at the mechanics of short selling ETFs (which have become one of the most prevalent securities to short) raises some serious concerns,” writes Bogan.

He noted that significant short interests in some ETFs has created a situation where owners of ETFs outnumber the actual ownership of the underlying securities by the ETF issuer. This is best demonstrated by the SPDR Retail ETF (XRT B+) which at one point was more than 500% net short–17 million shares outstanding with some 95 million shares sold short at the end of June.

The article imagined a doomsday scenario in which a wave of redemptions of a net short ETF could “collapse” the fund. Specifically, Bogan suggests that a redemption of XRT’s 17 million shares outstanding would have caused the fund to close down, leaving the owners of the 78 million shares bought from short sellers out of luck.

“Extend this hidden unfunded liability from massive scale short-selling of ETFs (both traditional and naked) across the entire ETF spectrum and it is a $100 billion potential problem.”

A Real Reason to Worry?

It’s scary stuff, especially coming from a Ph.D. who runs an asset management business. And after CNBC and a number of other publications picked up on the story–apparently without doing much research–concerned ETF investors began to flood my inbox and voicemail. Bogan’s piece is well-written, but it overlooks some very critical elements of the ETF structure.

In reality, there is zero possibility for the “collapse” scenario outlined for XRT or for any other ETF. There is actually a relatively simple explanation of the safeguards in place to prevent this from happening.

Here's Why You Shouldn't Worry

First, it may help to understand how such a significant short interest in an ETF can develop. A simplified example of six separate transactions helps to explain how this situation comes about:

After these six transactions unfold, both AP1 and AP2 are short 50,000 shares, meaning that the total short interest of 100,000 shares is twice the number of shares outstanding (still just 50,000). Play this chain out several more times, and the net short position can approach 500%.

There’s one important thing to keep in mind while walking through this chain of transactions: authorized participants generally like to be hedged, so these institutions will almost always buy the underlying basket of stocks to offset their short position. That’s an important detail because it allows them to execute a creation order at any given time.

Now that we’ve explained the development of the net short position, it’s relatively easy to understand why an ETF can’t collapse. The figures quoted regarding the short interest in XRT are 100% accurate, and there are a number of ETFs with significant net short positions. But Bogan failed to consider the nuances of the creation/redemption process that were put in place to protect ETF investors against a run on a fund.

The concern is that a wave of redemptions would lead to the liquidation of the fund, and the investors who bought shares from short sellers would be left empty-handed. However, Bogan ignored the fact that redemption orders require settled shares of the ETF; in other words, access to and control of the ETF shares must be proven before a redemption can occur. When redeeming shares of an ETF, the AP will have to indicate that the shares aren’t lent out. If there is considerable short interest in the ETF, such as there is in XRT, proof that the shares are settled and not lent out will be required before the redemption can be processed.

Redemptions must take place with settled shares–they can’t occur with shares that have been shorted somewhere along the line.

Digging in the Details

In the example above, the 50,000 shares of the ETF couldn’t be redeemed until the short positions were closed out, which would actually cause additional creations. Suppose that in the aforementioned example, the institutional investors (II1 and II2) decided that they wanted the shares they had lent to the authorized participants back. The APs would simply create additional units of the ETF. Remember, they often hold the underlying basket in order to hedge exposure–to pay back the loan to the institutional investors.

The AP agreements explicitly state this requirement. The following is taken from XRT’s Statement of Additional Information:

Bogan certainly wasn’t the first to think of this scenario; ETF issuers considered it long ago and devised mechanisms for ensuring that investors can maintain confidence in the ETF structure.

On the surface, ETFs are very simple vehicles that allow investors to easily and efficiently build long-term portfolios, or make a short-term bet on a wide variety of asset classes. But a look under the hood reveals a number of nuances and complex mechanisms that are in place to keep everything running smoothly. The recent spread of misinformation regarding the ETF structure serves as a valuable reminder for investors to do their homework and understand the details of the various investment vehicles available–and hopefully as a reminder to those in the media to check facts before spreading panic.

For more ETF insights, sign up for our free ETF newsletter.