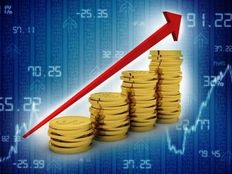 Interest Rates and Financial ETFs: What Investors Need to Know

The Fed further increased its benchmark rate another 25 basis points to 1.0% at its March 2017 meeting. According to Janet Yellen, the Federal Reserve expects to raise interest rates two more times in 2017 as the U.S. economy continues to show signs of improvement.

For some sectors of the stock market, that could be a bad place to be. However, for financial firms, rising rates can be a major blessing. Those firms are unique in that rising rates can actually help their bottom lines. For investors, it’s important to know how this relationship works for the big financial ETFs, such as the Financial Select Sector SPDR ETF (XLF A), and how it potentially could go wrong for portfolios.

Financial stocks, especially banks and thrifts, are curious birds; their balance sheets aren’t like an industrial manufacturer or consumer goods producer. For starters, since they don’t manufacture tangible products, they don’t have inventory. Secondly, and this is the really curious thing, what we would typically consider “assets” are actually liabilities in the banking world and vice-versa.

Deposits are actually both “good” and “bad” for a bank. While you might consider your savings account balance an asset, for the bank the cash itself is an asset, but there’s also a liability involved. Technically, you’re lending the bank money by stuffing it into a savings account at the firm. And for the privilege of having that money, the bank is required to pay you interest.

On the flip side, loans made by the bank are considered assets. That’s because banks expect repayment of the loan at a future date and in the meantime, they collect hefty interest amounts (typically 6% to 8%) on the loans they make. These loans make up the vast bulk of a bank’s assets. Additional assets include investments in commercial paper, mortgage-backed securities, treasury bonds and real estate holdings.

With an understanding on what a bank considers an asset versus a liability, we can now understand how rising rates are actually good for banks.

Banks make money on the spread between the interest income they receive for their loan offerings and what they pay to lenders/savers for their deposits. That spread is called the net interest margin. Rising interest rates actually lead to wider net interest margins. This is because a bank can usually raise the rate on the loans they give out faster than they raise the rates on their deposits. That leads to a greater profit spread.

And it’s not just the banks that benefit from rising interest rates. Other financial firms such as insurance companies, brokerage firms, and money managers do well in rising-rate environments, too.

Brokerage firms and asset managers also benefit from rising rates as cash-sweep accounts and money market funds will now actually begin making money for the firms. Many asset managers waived fees due to rock-bottom interest yields and now will be able to recapture those fees as rates rise.

Looking at the oldest ETF in the sector, XLF, the fund did see a boost during the rate hikes in 1999 and 2004. At the end of the day, XLF and its peer funds, the iShares U.S. Financials ETF (IYF B+) and the Vanguard Financials ETF (VFH A+), should see a similar pattern of gains.

But There Are Still Some Risks

So interest rate increases are great…to a point for bank stocks. The problem is, the longer and higher the Fed goes, the more banks will start to feel the pinch. For one thing, lending activity drops like a stone when rates are too high. And since lending loans are a bank’s biggest asset, it’s a big deal when they need to constantly redeploy their cash into loans to make money.

Higher interest rates also pinch some longer-dated loans that banks make. Items like jumbo mortgages and CDOs, CLOs and CMBS are all long-dated bonds. Raise rates too fast and these instruments will severely suffer. Perhaps enough to cripple a bank’s profits.

The same could be said for financial firms that borrow heavily to make money. Business development companies and mortgage REITs use debt to finance their business activities of making loans and investing in packages of loans. Most mortgage REITs don’t underwrite loans but invest in packages of loans or MBS bonds, which are long-dated. They aren’t actually doing the lending. Rates rise and bond prices fall equalling losses for the sector. That crimps their book values and inevitably share prices. Therefore, if rates are too high, these firms won’t be able to profit from the spread.

Ultimately, rising interest rates are a good thing that could get bad in a hurry.

While rising rates can be seen as a bad thing for many stocks and industries, for the financials it’s actually a blessing. Higher interest rates means higher profits, at least in the short to medium term. Investors in ETFs like the XLF or the iShares U.S. Regional Banks (IAT B+) shouldn’t fear the rising-interest rate boogey man just yet.

Image courtesy of sheelamohan at FreeDigitalPhotos.net