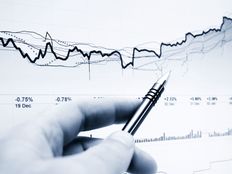 In December 2016, the U.S. Federal Reserve raised its benchmark interest rate to 0.75% from 0.50%, signaling an improving outlook for the U.S. economy. The Fed expects three rate increases to occur in 2017. It is worth noting that the central bank has hiked interest rates twice this cycle, with the increases taking place one year apart.

As an investor, it is important to know the risks resulting from the rate increase so you can do something to hedge against them. Before going into the risks, it might help to take a short Economics 101 lesson.

Interest-rate jumps increase the costs of borrowing and act as incentives for people to save rather than spend. A jump tends to reduce money supply from the market, and that is why it has a negative effect on inflation. It increases the demand of the local currency (the U.S. dollar in this case), and that generally has a positive impact on its exchange value. All that is very much intentional.

It has been almost 10 years since the Fed increased rates (June 2006). It has been on a base bottom 0.25% for the last few years so easy credit could help the economy recover from the massive jolt it received in 2008. Like a “75% off” sales strategy, very low interest rates eventually run out of uses. There is very little difference in customer perception of value between 75% and 80% off. Similarly, reducing interest rates beyond a limit doesn’t serve any purpose – not to mention there is very little wiggle room to reduce them in the future if there is a need. The differential value in keeping interest rates this low probably is very minimal or counterproductive. Other risks exist when keeping rates low for a long time. There is a risk of inflation going out of control, which may not be an issue right now. But when money easily is available, people tend to spend it in economically unproductive ways. Businesses and people tend to borrow outside their means and take unmanageable risks – one of the main contributing factors to the 2008 financial crisis.

In 2013, Bernanke surprised the market with hints regarding the Fed’s tapering off its bond-buying plans. Markets usually react sharply to every such surprise. The Fed is being more careful this time. Markets have had enough time to prepare for the eventual interest rate increase. When it does happen, bonds tend to get direct impacts as their prices fall. To understand why that happens and what you can do about it, read: The Impact of Rising Interest Rates on Your Fixed-Income Fund.

While it may be necessary for the Fed to increase the rates, there is no reason to believe you will be immune to its risks. As soon as interest rates rise, a lot of ghost businesses that existed solely because money was easy to borrow start to shut down. Something similar happens in real estate, too. If people have maxed out their borrowing capacities or have borrowed outside their means (such as having bought multiple houses), they will find it hard to keep up with payments. It puts the real estate market in considerable risk. According to CNBC, a 50 basis-point increase could increase mortgage payments by 6%, with a 7% rejection in mortgage applications. If people are under pressure to sell, prices tend to decline. If you have investments connected to real estate, you might want to hedge against them (e.g. REITs).

Since an interest rate increase might make the dollar even more dominant, businesses that export out of the U.S. will be under pressure. The top exports of the United States are refined petroleum, cars, planes, helicopters, and/or spacecraft, packaged medicaments and vehicle parts.

The chart below from OEC shows a lower depth breakdown:

Usually, investors tend to move out of gold when interest rates rise. In fact, due to the anticipation, there has been a steady decline in gold prices in 2015. The fall has been sharp in November as the expectation for a rate increase is quite high next month.

“Bond-like stocks” that are considered safe investment choices because of their reliable dividends histories don’t remain as attractive, because investors get higher returns at lower risks in bonds. Utilities, telecom and consumer staples usually fall in this category. In some ways, these company stocks compete with bonds as investment options. In fact, during the last Fed interest rate hike, these sectors underperformed.

The interest rate hike has happened. Companies exporting out of the U.S. will be under pressure and might see declines in their stock prices (e.g. oil). Gold, real estate and bond-like sectors such as utilities also might be negatively affected from the interest increase.