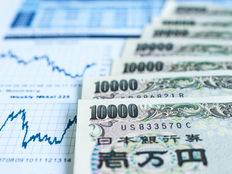 As Japan Heals, Keep Your ETFs Hedged with 'DBJP'

As the world battles with another wave of coronavirus cases, many are looking to 2021 as a year of healing for the global economy. In high-flying Japan, ETFs like the Xtrackers MSCI Japan Hedged Equity ETF (DBJP A+) can keep your currencies hedged.

DBJP will invest at least 80% of its total assets in component securities (including depositary receipts in respect of such securities) of the underlying index. Its expense ratio comes in at 0.46%.

The fund has retraced back to its pre-pandemic levels with heavy volume during the sell-offs in March. The hedging component has given investors the ability to help mute the downturn, especially with Japanese equity positions.

Brighter Days for the Land of the Rising Sun in 2021?

“Given Japan’s better performance in controlling outbreaks and its long discipline tradition, it seems that the Asian giant has an advantage over its Western rival when it comes to returning to normal,” the article noted. “On the other hand, the US is a consumer nation. The key would be job creation. Whereas the US is capable of creating employment, the local economy would bloom. And inflation will run towards the central bank target much faster than in Japan, which has been incapable of defeating deflation for decades.”

That’s not to say that Japan is back in full swing. Returning to a sense of normalcy will still take time, which is why it’s important for Japanese equities investors to keep a currency hedging component in place should things turn awry once again.

“Still, 2021 won’t be the year of the comeback. It will be the beginning of the process. Luckily, by the last quarter, the world will be able to see the light at the end of the tunnel,” the article said.