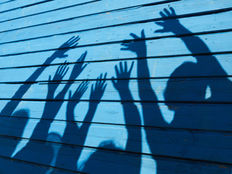 Up 330%, This BLOK Party May Just Be Getting Started

While cryptocurrencies like Bitcoin tend to get the limelight, the underlying technology known as blockchain continues to work behind the scenes. ETFs like the actively managed Amplify Transformational Data Sharing ETF (BLOK B-) can capture continued upside in the space as blockchain technology continues to permeate business.

BLOK seeks to provide investors with total return. The fund is an actively managed ETF that seeks to provide total return by investing at least 80% of its net assets (including investment borrowings) in the equity securities of companies actively involved in the development and utilization of transformational data sharing technologies. It may invest in non-U.S. equity securities, including depositary receipts.

“BLOK, like other funds that debuted near the height of the bitcoin craze, was the industry’s answer to regulatory roadblocks to pure-play Bitcoin ETFs,” an ETF Database analysis said. “Instead of investing directly in volatile digital currencies, BLOK looks for companies that are involved in the development and utilization of blockchain technology.”

As such, the meat of BLOK’s investments are in software and services. More financial companies are starting to see the security advantages of blockchain technology and non-fiat forms of payment, which is why diversified financials make up the second largest piece of the fund’s allocation pie.

Short-Term Trend or a Long-Term Friend?

With an inception date that goes back to the start of 2018, BLOK is still a relatively new kid on the block. Investors may be wondering whether it can withstand the test of time given its short performance history and its focus on a burgeoning, but unproven sector.

“BLOK faces the same complication faced by other niche ETFs targeting narrow, trendy slices of the economy, which is that it’s hard to build a pure-play portfolio,” the ETF Database analysis also noted.

Still, blockchain is expected to see more adoption as the economic effects of the pandemic wane. As budgetary constrains lighten in the wake of an improving economy, blockchain technology could see more interest and spending dollars ahead.

“The technology is estimated to witness the highest level of spending over the coming years owing to its intriguing characteristics like redundancy, decentralization and transparency,” a press release for the Global Blockchain Technology Industry report said. “These aspects are bound to push blockchain adoption across a diverse spectrum of domains, from financial services and healthcare to supply chains.”