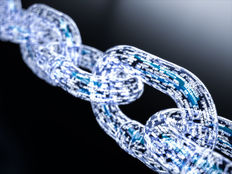 Buy The Dip in This Blockchain ETF

Bitcoin and the rest of the cryptocurrencies falling as of late opens up opportunities to buy the dip, but investors should also give blockchain exchange-traded funds (ETFs) a look as well.

One such fund worth considering is the Global X Blockchain ETF (BKCH C+). BKCH seeks to provide investment results that generally correspond to the price and yield performance of the Solactive Blockchain Index, which is an index is designed to provide exposure to companies that are positioned to benefit from further advances in the field of blockchain technology.

The fund rocketed to over 60% on the back of a bullish cryptocurrency run before the Omicron variant cut down gains to size amid a digital currency sell-off that ran parallel to an equities sell-off. Bitcoin recently fell under $50,000, which is giving dollar cost average investors an opportunity to buy the dip.

The same can be said for BKCH, which is still up about 7% for the year in its relatively young ETF life. The fund barely made its debut in July of this year.

When you pop the hood of BKCH, its top holding consists of cryptocurrency exchange Coinbase. The digital currency platform was up close to 10% for the year before succumbing to the post-Thanksgiving route.

Still, one rock star stock picker eyes a bargain-buying opportunity: Cathie Wood. The CEO and CIO of Ark Invest are picking up Coinbase ahead of the new year, according to a Motley Fool article.

“It’s also a bit stunning to see Coinbase fetching 40% less than it was when it peaked the day it hit the market in April,” the article by Rick Munarriz said. “The leading cryptocurrency trading exchange would go on to deliver a monster quarter for its first report as a public company. It did see a sequential dip in trading activity in its subsequent report, but it’s hard to be upset at a 330% year-over-year surge on the top line for Coinbase in its third quarter.”

“Despite its $65 billion market cap, Coinbase is cheaper than you probably think,” Munarriz added further. “It trades for just 13 times trailing earnings. There are some one-time items and the insane second quarter inflating the trailing results, but the multiple is still a compelling 36 times next year’s projected profit.”