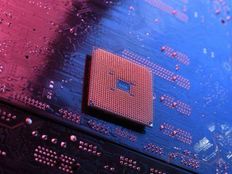 The United States and China are practically engaging in a battle for semiconductor supremacy, with the former getting an extra boost from the government with the latest CHIPS Act. This should essentially boost China’s competitiveness when it comes to maintaining their foothold in the semiconductor industry.

“The CHIPS and Science Act, a $280 billion package passed by both houses of Congress last week, contains $52 billion in support for the semiconductor industry,” a Nikkei Asia report explained. “But it also specifies that companies accepting federal subsidies will be restricted from making any ‘significant transaction’ to materially expand their chipmaking capacity in China or any other foreign country of concern for 10 years.”

According to the Nikkei Asia report, this could essentially force consumers to choose between the U.S. and China, amplifying the proverbial tech arms race between the two. The U.S. has been looking to wean itself from dependence on China’s semiconductor industry, and the CHIPS Act will certainly help bolster that initiative.

“Semiconductors are a key battleground between Washington and Beijing,” the report said. “They serve as the brains of electronic devices, from smartphones to laptops to data centers, and they also play a crucial role in sophisticated weapons systems, such as the Javelin antitank missiles the U.S. is supplying to Ukraine.”

As China looks to continue its tech dominance in the semiconductor industry, a more broad play could be made on Chinese tech. One growth option investors can consider is the Global X MSCI China Information Technology ETF (CHIK ).

CHIK tries to reflect the performance of the large- and mid-capitalization segments of the MSCI China Index that are classified in the Information Technology Sector as per the Global Industry Classification System. At a 0.65% expense ratio, CHIK investors get: