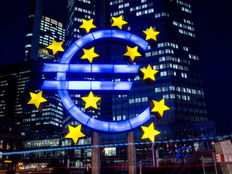 The eurozone revival became the surprise economic story of 2017, as years of monetary stimulus finally paved the way to steady growth. Though far from over, the eurozone’s economic recovery is deepening, prompting the European Central Bank (ECB) to begin the long process of policy normalization.

The euro area’s resurgence has impacted everything from trade and consumption to equities and real estate. It has also supported a broad pickup in inflation, although consumer price appreciation remains well below the ECB’s target. Unemployment in the region has also fallen to the lowest level since 2009, a sign that peripheral states were finally turning their fortunes around.

Markets also capitalized on renewed certainty that regional governments would remain committed to the pan-European project. This was more or less solidified after the Dutch, French and German elections, in which populist movements broke ground but failed to form government.

This trend is expected to continue in 2018, making European stocks an attractive bet for investors looking to diversify globally. The iShares MSCI EMU ETF (EZU B+) provides good exposure to regional markets, while the WisdomTree Europe Dividend Growth Fund (EUDG B) provides a good opportunity to earn dividend payments on European investments. For more eurozone-specific investments, the SPDR Euro Stoxx 50 ETF (FEZ B+) is a solid option.

Investors wishing for concentrated exposure to key eurozone markets may also be interested in the iShares MSCI Germany ETF (EWG B), which tracks top-tier companies in the world’s fourth-largest economy.

In currencies, the euro vastly outperformed the dollar last year as investors rallied behind regional growth and a more hawkish ECB. As European policymakers wind down record stimulus, positive exposure to the euro could be a major boon to investors. The CurrencyShares Euro Trust ETF (FXE A) has been designed to reap profits from the euro’s appreciation against the dollar.

ECB’s plans to slowly remove quantitative easing has also contributed to a healthier government bond outlook, specifically for countries in the eurozone. Against this backdrop, the iShares International Treasury Bond ETF (IGOV A) provides good exposure to domestic bond indexes in countries such as Italy, France, Portugal and Belgium. The iShares 1-3 Year International Treasury Bond ETF (ISHG A-) also provides higher allocations to big economies such as France, Italy and Germany.

That being said, investors should also be weary of downside risks facing the eurozone economy. For starters, the gulf separating northern and southern states remains significant, with countries such as Greece and Italy struggling with debt. The threat of a populist revolt looms large over the region, with Italy heading to the polls later this year. Italy’s populist Five Star Movement is one of the country’s most popular parties. Like other nationalist movements in the region, Five Star is promising to shake up Italy’s relationship with Brussels.

2018 is shaping up to be a positive year for the 19-member eurozone. For investors, this means plenty of upside in regional stocks and the euro. A well-diversified pool of ETFs will certainly help in that respect.