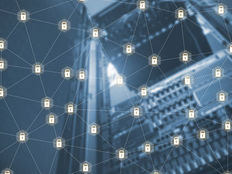 What do technology, defense and infrastructure investments have in common? They are all supertrends, which means they have multiple, overlapping fundamentals driving them. These supertrends are expected to strengthen in 2018 thanks to a combination of political, economic and social catalysts.

When it comes to investing, a supertrend offers a unique opportunity to capitalize on a positive, long-term tailwind. These long-term investment themes all share one unique thing in common: they are all backed by socioeconomic forces that give investors the confidence to include them in their portfolio for the long haul. As Credit Suisse rightly puts it, supertrends all have “demographics, transformational socioeconomic and political developments as well as technological and scientific progress at their core.”

As the Trump administration embarks on its second full-year in office, supertrends tied to technology, defense and infrastructure will continue to offer tremendous opportunity. These same sectors will also be relied upon to solve complex socioeconomic and security-related challenges now and in the future.

Very few sectors are as dynamic or profitable as technology. This certainly isn’t an anomaly, as technology has revolutionized the way we work, conduct business and interact with one another. It’s therefore no surprise that some of the world’s biggest companies are technology providers.

What makes technology a supertend is the fact that it has been a staple of our economy for decades. The modern technology industry has its roots in the 1990s when personal computers, software and the internet first entered mainstream consciousness. Over the past 30 years, these trends have intensified, leading to the creation of emerging technologies such as cloud computing, artificial intelligence, big data, mobile technology and the soon-to-be Internet of Things (IoT).

Investors wishing to capitalize on this supertrend have many options, including broad technology ETFs like the SPDR Technology Select Sector ETF (XLK A) and Vanguard Information Technology ETF (VGT A). Investors looking for more active exposure in internet stocks will find great opportunity in the PowerShares NASDAQ Internet Portfolio (PNQI C+).

The one major risk facing technology in 2018 is sector rotation, as investors shift assets from one segment of the economy to another. This was observed several times in 2017, although funds eventually flowed back into technology.

It didn’t take long for U.S. President Donald Trump to beef up his support of the military. Last summer, the House of Representatives increased defense spending by $68.1 billion to $658.1 billion. U.S. aerospace & defense contractors have also secured major arms contracts globally, making defense one of Wall Street’s most stable sectors.

Escalating geopolitical risks and the need to safeguard critical infrastructure will continue to provide the necessary catalyst for the defense sector moving forward. The emergence of cyber crime/warfare also means that the fight is shifting to the digital sphere, placing more pressure on businesses and governments to formulate a response.

There are many high-quality funds that offer exposure to the defense sector, chief among them being the PowerShares Aerospace and Defense ETF (PPA B+), that invests in industry stalwarts like Boeing (BA), United Technologies (UTX) and Lockheed Martin (LMT).

One of the major risks impacting defense is the breakdown of global trade flows under the Trump administration. Delays in signing off on major defense contracts could also impact the performance of funds with heavy exposure to the sector.

Infrastructure investment has long been a top priority for governments in both emerging markets and advanced industrialized economies. This will only intensify in the future as the global economy transitions to stronger growth.

Domestically, President Trump has vowed to implement a multi-trillion-dollar infrastructure plan designed to rebuild American roads, airports and railways. Globally, critical infrastructure projects are needed to address population growth and improve outdated transportation systems. The G20-backed Global Infrastructure Hub has estimated that $94 trillion will be spent globally on infrastructure by 2040.

Investors wishing to play the infrastructure supertrend can leverage the iShares Global Infrastructure ETF (IGF A) for international exposure. Access to clean infrastructure projects can also be had through assets like the First Trust NASDAQ Clean Edge Smart Grid Infrastructure Index Fund (GRID B-), which focuses on environmentally conscious companies.

Delays in launching planned infrastructure projects could derail the sector’s performance in the short term. This is especially the case domestically, where President Trump is expected to face opposition in implementing his long-awaited infrastructure blueprint.

Supertrends are long-term investment themes that offer stability and consistent growth at various stages of the business cycle. In 2018 and beyond, supertrends tied to technology, defense and infrastructure will provide strong potential for growth.