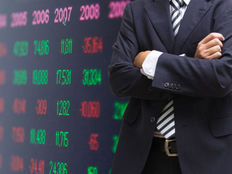 As active ETFs have burst onto the scene, a number of investors have expressed confusion over certain aspects of these vehicles. While actively-managed ETFs are relatively simple and straightforward, there are questions surrounding some of the more nuanced elements of the active ETF structure:

Q: What is “front-running”? Is it a concern for active ETF investors?

A: Front running refers to the practice of establishing or exiting a position based on anticipated movements of a large buyer or seller in a security in order to generate a profit. If an individual or institution has information that a major fund is bullish on a particular stock and looking to establish a sizable position, that investor can “front run” the fund by purchasing shares. If the fund does indeed begin to buy a significant number of shares, the price should rise as demand increases. Obviously, executing a front-running transaction requires knowledge (or at least suspicion) of the intentions of another larger player in the space. And there are ways to front run that are 100% legal.

Front-running is relevant when it comes to active ETFs because of the disclosure requirements imposed on these securities. While mutual funds are required only to disclose their holdings once per quarter, ETFs post holdings to their web sites on a daily basis. So if it takes an actively-managed ETF multiple days to establish or liquidate a position, the changes in daily holdings–which are available to anyone with an Internet connection–can tip off the manager’s strategy and future intentions.

Suppose that a sample active ETF (ABC) is bullish on Zion Oil & Gas (ZN), a small energy company with a market cap of about $140 million. The manager wants to establish a position of about 1,000,000 shares–about six times the average daily volume. In order to avoid moving the market, the trade must be executed over several days. So someone watching ABC’s nightly portfolios might notice that the position in ZN goes from zero to 200,000 shares to 400,000 shares over the course of a couple days. If they suspect that the buying will continue, they may jump into ZN in anticipation of further buying putting upward pressure on prices. If enough “front-runners” identify ABC’s intentions and jump into the fund, the pool of buyers will increase and it will become more challenging for the manager to establish the desired position at the optimal price [see also The Cheapest Actively Managed ETFs].

Front running–or the threat thereof–is often cited as a reason for the relatively slow growth of the active ETF space, but in reality this phenomenon doesn’t pose a significant risk. In most instances, managers will be able to execute a trade within a single trading day, meaning that by the time a shift in holdings has been disclosed the front running opportunity has passed. Moreover, managers looking to establish a sizable position in a security that may be less liquid than large cap U.S. stocks have a number of tools available to them beyond simply executing a trade on the open market. There are various sources of alternative liquidity out there that can be used to avoid creating an opportunity for any front running.

It should also be noted that there is some confusion over exactly what is required in terms of ETF disclosure. ETFs are required to publish their creation basket daily, but only has to release full holdings on a quarterly basis. That affords additional flexibility in creating a “lag” on holdings disclosure.

In reality, front running may be more of a concern in index-based bond ETFs that exhibit predictable trading patterns in order to comply with maturity guidelines.

Be sure to read Bond ETF Breakdowns: Case For Active Management In Fixed Income Arena.

Q: What makes an ETF “active”?

A: At one end of the active/passive spectrum are ETFs linked to cap-weighted benchmarks that simply seek to own the market. At the other end are funds run by a team of managers that have complete discretion over which securities are bought and sold and the timing of such transactions. But there is a lot of gray area in between, especially as innovation in the ETF industry has resulted in a number of products that blur the line between active and passive. A few examples of such ETFs include:

Strictly speaking, an active ETF is one that does not seek to replicate a specified index. So the AlphaDEX suite from First Trust and Intellidex products from PowerShares would qualify as passive ETFs since they seek to replicate an index–even though the index has the goal of generating alpha relative to cap-weighted benchmarks.

A: ETFs have become popular thanks to a number of structural advantages, including improved tax efficiency, intraday liquidity, and better transparency. But a big reason behind the ETF boom relates to fees; indexing strategies allow for the elimination of many of the expenses required in running a traditional active mutual fund. There is no need for a team of analysts or advanced research tools; replicating an index is a relatively straightforward task.

Active ETFs are generally more expensive than passive ETFs, since the overhead and expenses required to run an active ETF are greater (portfolio managers don’t work for free, and research expenses can be significant). But active ETFs can still offer substantial savings over active mutual funds, thanks in part to the elimination of certain administrative functions through the use of the exchange-traded structure.

When an investor buys or sells shares of a mutual fund, the fund company is a counterparty to the trade, either taking cash and handing over shares of the fund or distributing cash in exchange for shares. Each transaction requires record-keeping, commissions, and other costs in order to ensure orderly entrances and exits. ETFs, on the other hand, trade like stocks. The vast majority of transactions do not involve the ETF issuer in any way; they take place between two market participants, often anonymously. While some overhead is required of active ETFs–creation and redemptions require administration, and there are a number of other functions that can’t be automated–the scale is considerably smaller than in the mutual fund world.

See also Why ETFs Are Better than Mutual Funds, in Two Charts.

In short, active ETFs are generally more expensive than passive ETFs but are often considerably cheaper than comparable mutual funds thanks to the efficiencies of the exchange-traded structure. As of April 1, 2015, the average expense ratio for active ETFs was slightly higher than the comparable metric for passive ETFs:

In some cases, active ETF expenses are comparable to comparable passive funds. For example, in 2011, the Guggenheim Enhanced Core Bond ETF (GIY C+) and iShares Barclays Aggregate Bond Fund (AGG A+) are both in the Total Bond Market ETF Database Category, offering broad-based exposure to investment grade U.S. debt securities. The actively-managed GIY charged an expense ratio of 0.27%, while the passively-indexed AGG charged 0.24%. As of 2014, AGG has reduced its expense ratio to 0.08%.

The average expense ratio for mutual funds in in the neighborhood of 1.4%–or roughly twice the fees charged by the average active ETF.

Q: What are the similarities / differences between active ETFs and mutual funds?

A: Some investors assume that active ETFs and mutual funds are generally interchangeable. In reality, there are a number of differences that impact the risk/return profile, trading flexibility, and potential pitfalls.

First, it should be noted that not all mutual funds are actively managed. There are dozens of mutual funds that seek to passively replicate a benchmark, similar to many ETFs. And these securities have been around for decades; Vanguard launched its S&P 500 mutual fund in the mid 1970s. Though ETFs are generally thought of as passive and mutual funds as active, these associations mix investment strategies with investment vehicles. In fact, there are passive mutual funds and active ETFs; the combination of strategy and vehicle can work in a number of different ways, each with its own pros and cons.

Active ETFs function exactly like passive ETFs in many ways. Unlike traditional mutual funds, active ETFs can be traded like stocks: on an exchange, throughout the trading day. Active ETFs also expose investors to the risk of unfavorable execution; unlike mutual funds, which are traded at NAV, ETFs change hands at a price that clears the market. That means that the use of limit orders is especially important for active ETFs with relatively small trading volumes.

Be sure to see Active ETFs vs. Mutual Funds: Highlighting Critical Differences.

Q: What are “non-transparent” ETFs?

A: Transparency is one of the defining characteristics of both active and passive ETFs, as the requirements surrounding the disclosure of holdings (or, more appropriately, of the creation basket) allow investors to see exactly what is inside an exchange-traded product on a daily basis. Non-transparent ETFs aren’t actually anything yet–at least not beyond an idea hatched as a way of navigating certain hurdles to actively-managed products. Non-transparent ETFs would face similar disclosure requirements to mutual funds, needing only to reveal holdings on a quarterly (or other non-daily) basis.

This would theoretically reduce some of the obstacles to operating an active ETF. “We recognize that the transparency is a huge issue,” said Eaton Vance CEO Thomas Faust in a 2011 interview. “It is certainly our view that for a large percentage of active strategies, it doesn’t make sense to communicate to the world effectively in real time what you own and your trading activity.”

A number of firms have sought approval from the SEC to launch non-transparent ETFs, but given the regulatory log jam, it seems unlikely that the introduction of these vehicles will occur at any point in the near future–if ever.

How Does an Options Collar Impact Your Portfolio?

On the Front Lines of Investor Recession Worries

How Do Bitcoin Futures Differ From Other Futures?

Stricter EPA Requirements Could Be Good for This ETF

Clean Energy Will Get Back Up Again