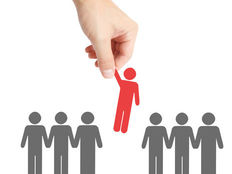 When discussing the various vehicles available for accessing a certain asset class or strategy, it isn’t uncommon to hear advisors or investors discuss the comparison of “ETFs vs. active management” or dive into the merits of “mutual funds vs. passive indexing.” Such comparisons reveal a fundamental misunderstanding of the nuances that distinguish exchange-traded funds–whether active or passive–from traditional mutual funds.

For starters, there is the misconception that “mutual fund” and “active management” are synonymous. Just as “ETF” and “indexing” refer to identical concepts and strategies, in reality, there are a number of index-based mutual funds that seek not to beat a specified benchmark but to replicate one.

The correct comparisons are between investment styles (e.g., active vs. passive) and vehicles (mutual funds vs. ETFs). The late 2000s and early 2010s have seen growth in the number of active ETFs, securities that allow investors to access a management team through the exchange-traded structure that boasts a number of potential advantages. Active ETFs are often assumed to be largely similar to mutual funds, since both are associated with alpha-seeking active managers.

Be sure to see our Ultimate Guide: ETFs vs. Mutual Funds.

Generally speaking, active ETFs are more expensive than their passively-indexed counterparts. Employing an active strategy will require more significant overhead (such as the team of portfolio managers) that translates into higher fees for investors. But the assumption that active ETF expenses are comparable to mutual funds is an erroneous one.

On average, active ETFs charge about 83 basis points annually in total expenses, with some going as low as 0.18%. By comparison, the average for the mutual fund industry is somewhere in the neighborhood of 1.4%. So while active ETFs are more expensive than their passive counterparts, the difference is not all that significant; indexed ETFs charge about 0.59% on average, or about 24 basis points less than active funds. Moreover, active ETFs are, generally speaking, far cheaper than comparable mutual funds.

Why Are Mutual Funds More Expensive?

The price gap between active ETFs and mutual funds arises out of the manner in which these products are created and maintained. The mutual fund structure requires significantly more overhead; when investors purchase a fund, they interact directly with the fund company. Cash is sent to the company, which then keeps records of the position established. And at the close of business on each trading day, mutual fund administrators tally up the portion of gains and losses attributable to each position. Closing out mutual fund holdings similarly triggers record-keeping, which translates into fees that are eventually passed on to shareholders.

Why Are ETFs Cheaper?

The ETF structure is far simpler. Most ETF transactions take place between market participants and in no way involve the company that created and market the product. When Joe Smith sells 500 shares to Jane Doe, the ETF issuer has no involvement or visibility into the transaction. While ETF companies obviously maintain some overhead to support creations, redemptions, and other regulatory requirements, the extent of administrative requirements is considerably less than among mutual funds.

Another major difference between active ETFs and actively-managed mutual funds relates to transparency. Just like their passive counterparts, most active ETFs publish their holdings on a daily basis, allowing investors to see exactly what is in the underlying portfolio (some ETFs, both passive and active, may publish only the creation basket, which can technically vary from the underlying ETF). Mutual funds, on the other hand, are required to reveal their holdings with far less frequency (on a quarterly basis).

This distinction has both potential advantages and drawbacks. The transparency of ETFs allows investors to know exactly what they own, a feature that can be a convenience in all environments and extremely valuable in others – imagine being clueless as to the allocation of a mutual fund to Enron in the fall of 2002 or in Lehman Brothers in the second half of 2008.

The disclosure requirements that create this transparency also contribute to what is often called the “disclosure dilemma” of active ETFs. By revealing their holdings daily, active ETFs risk tipping off the market to their outlooks on certain securities, which can lead other market participants to “front run” that trade and establish sizable positions in anticipation of an ongoing buying spree.

Perhaps the most significant difference between active ETFs and mutual funds relates to liquidity – and the distinction between the two is simple and straightforward. Whereas positions in mutual funds can only be established or closed out once daily (at the end of the trading session), active ETFs–just like indexed exchange-traded products–trade just like stocks. That means that trades can be executed throughout the day–a feature that generally becomes increasingly valuable in volatile markets.

The ability to trade throughout a session with other investors (as opposed to the fund company) has other potential ramifications for active ETFs. Trades in mutual funds occur at the end of the day at a value determined based on the value of the underlying securities of a fund–the net asset value (NAV). ETFs, both passive and active, are different in that the execution price of a trade is less certain. Because trades occur between market participants, special consideration must be paid to the presence of other individuals or institutions looking to take the opposite position of a trade. There is no guarantee that a transaction will be completed at or near the NAV of the fund; ETF investors risk buying in at a premium or selling at a discount.

Limit orders present a relatively easy way of avoiding any undesirable execution, but ETF investors should take note of the potential to trade at a less-than-optimal price.

Be sure to also see the 3 ETF Trading Tips You Are Missing.

There’s a number of noteworthy differences between active ETFs and their mutual fund counterparts. Be sure to take the time and educate yourself on the various nuances involved with actively-managed ETFs; it’s better to uncover any limitations before you’ve pulled the allocation trigger.