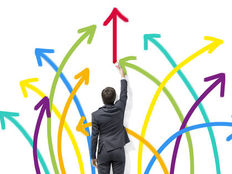 Should You Avoid Actively Managed ETFs?

Actively managed exchange-traded funds (ETFs) have drawn mixed reviews from investors. On one hand, currency-hedged ETFs and “smart beta” ETFs have seen tremendous capital inflows as investors look to isolate opportunities. On the other hand, passively managed ETFs have consistently drawn capital away from their actively managed counterparts. The truth is that there’s more to the story than the headlines would suggest when it comes to these ETFs.

For example, the Brexit highlighted the ability of actively managed ETFs to outperform in certain cases. When the referendum was pending, some of these funds opted to exit their British investments entirely to avoid any exposure. Passive funds tracking global indexes were forced to hold on to these funds since their underlying indexes contained them. However, the long-term impact of moves like these could be a hit or miss.

In this article, we will take a look at whether investors should avoid actively managed ETFs entirely or if they have a place in a diversified portfolio.

Most investors are familiar with the research showing that actively managed funds tend to underperform their passively managed counterparts over time, especially when fees are taken into account.

An S&P Dow Jones study found that over a 10-year investment horizon ending in 2015, 82.14% of large-cap managers, 87.61% of mid-cap managers, and 88.42% of small-cap managers failed to outperform their index benchmarks on a relative basis. In fact, actively managed funds only beat comparable index funds when it came to a single category: U.S. mid-cap value stocks. The higher expense ratio charged by actively managed funds was the leading drag on returns.

Academics attribute the underperformance to the Efficient Markets Hypothesis, which states that prices reflect all available information. If this is true, fund managers wouldn’t be able to generate any excess returns other than those generated by luck. The higher fees would then result in underperformance because they adversely impact overall returns. This would suggest that investors are much better off with passively managed funds over the long term.

This is also the case with mutual funds, as can be seen in the article Have We Reached the Tipping Point in the Active Versus Passive Debate?.

Not All Created Equal

The problem is that not all actively managed funds are created equal; some funds employ stock pickers while others simply adjust the indexing strategy.

Stock picking tends to be a difficult game to win over the long term. Even though billionaire investor Warren Buffett has a long track record of success, Mr. Buffett himself recommends most people invest in a low-cost S&P 500 index fund. The aforementioned research primarily applies to stock picking funds since they tend to have the highest expense ratios. After all, a research team is needed to evaluate stocks and keep a portfolio balanced over time.

Actively managed ETFs that adjust indexing strategies are a different story. In many cases, these funds have very low costs since they still rely on automatic indexing. Currency-hedged ETFs simply take out the impact of currency movements on an investment, while smart beta ETFs add criteria to basic indexes, such as valuation or momentum metrics. The set nature of these techniques also means that returns may be more predictable over time.

Actively managed ETFs have mixed reviews from investors, but it’s important to look beyond the surface when evaluating them. Although stock pickers may underperform the market over the long run, unique indexing methods could help certain investors address issues such as currency exposure without incurring significantly higher expense ratios. That said, the average investor should probably hold most of their assets in low-cost index funds to maximize returns.