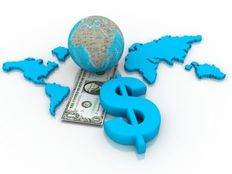 The Case for 50% Currency-Hedged ETFs

With ETFs making it easy to go global, more investors are adding international stocks and bonds to their portfolios than ever before. And there are plenty of reasons to do that. By opening up their opportunity sets, investors now have the ability to add some of the world’s largest multinationals and leaders in their respective industries to their portfolios. After all, global brands are all around us. You’re just as likely to drive a Japanese Toyota (TM) Camry or find British pharmaceutical firm GlaxoSmithKline’s (GSK) Tums in a medicine cabinet as you are a domestic product.

However, going global does have some issues, and the biggest of all is probably currency risk.

Most investors don’t realize just how much currency fluctuations can change their returns on international assets. So much so, that these gyrations can actually turn gains into losses.

Luckily, a new breed of ETFs makes it easy for investors to hedge some of their currency risk away and keep their gains. The case for hedging 50% of your currency risk is strong.

For investors, buying an international ETF like the Vanguard FTSE Developed Markets ETF (VEA A) or the iShares MSCI Australia ETF (EWA B+) is a no-brainer. It’s simply a decision to add more international stocks or overweight a promising nation. However, investors may want to rethink their decision, and that’s not based on investing merit but on the whims of the cruel foreign exchange (FOREX) gods.

Most investors have no idea that there is actually a two-step dance when it comes to international assets. The first step is how the stock or index performs in its local currency. The second step, and the one that messes with returns, is how that local currency performs relative to the dollar. For example, the previously mentioned EWA owns Australian stocks priced in “Aussies” or Australian dollars. However, when you place an order to buy the EWA, you are doing so in U.S. dollars.

If the U.S. dollar is strong, you’ll buy less Aussies and therefore the gains on the EWA’s underlying stocks will be minimized. As we’ve seen in recent years, the strong U.S. dollar has crimped returns on a variety of international assets for U.S.-based investors even though locally they’ve been stronger.

And this currency effect works for dividends as well. It’ll take more Aussies to make a dollar and you’re dividend will be that much smaller.

However, there is a way to get around the potential problem and keep the local currency gains: take FOREX out of the equation. A new breed of ETF uses futures contracts and derivatives to remove the currency risk from international holdings. By using these ETFs, investors are able to get the stock returns and gain pure exposure, so it doesn’t matter if the Aussie is rising or falling.

The Hedge of Least Regret

So the question isn’t to hedge or not to hedge, but just how much to hedge. Hedging has worked wonders since the Great Recession as investors have clamored for the safety of the dollar. However, people forget that currencies like the euro, Aussie and Canadian loonie were beating the dollar in the years just before the recession. Odds are, some of them will do that again in the future. Hedging all your exposure away will result in the opposite desired effect if the dollar starts tanking.

A better bet could be a simple 50/50 split between hedging and not hedging. This way investors can gain international stock exposure while mitigating the effects of currency fluctuations. The bonus is investors don’t need to be bullish or bearish on the direction of the U.S. dollar or any other foreign currencies. The neutral stance could actually be the best one as the U.S. dollar does not always move uniformly across global currencies at the same time, meaning it might be up against the euro but down against the yen.

According to research by New York Life’s Mainstay Investments/Index IQ, between 2008 and 2013, a 100%-hedged portfolio was never the strongest performer in the same year, at the same time, for both European and Japanese stocks. Hedging everything doesn’t make sense.

Investors do have some choice in getting that balance of hedged/non-hedged international exposure. There are now some 35 currency-hedging ETFs on the market. To start with, you could take the do-it-yourself approach; that entails pairing a fund like the un-hedged iShares MSCI EAFE (EFA A), which bets on developed-market international stocks from across the globe, with its hedged twin, the iShares Currency Hedged MSCI EAFE (HEFA A-). Buying an equal amount of each will get you that magic number of 50% hedged.

Or you could let someone else do it for you. Index IQ recently launched a series of 50/50 hedged/non-hedged ETFS, like the IQ 50 Percent Hedged FTSE International ETF (HFXI B+), that basically do the same thing, with reduced transaction costs associated with buying just one ticker.

Either way, with so many hedged versions of international funds on the market, investors can essentially hedge 50% of their exposure even when it comes to single countries or various other metrics such as small caps, value, growth, etc.

With more investors warming up to international stocks, many are blissfully unaware of the effects that currency has on their returns. Fluctuations in the FOREX markets can wreak serious havoc on returns and even turn gains into losses. The best course of action is to hedge away much of that currency risk with a new batch of ETFs.

Image courtesy of jscreationzs at FreeDigitalPhotos.net