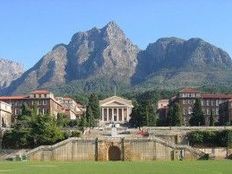 Africa ETFs: How to Invest

When it comes to diversifying a portfolio, many investors turn toward emerging-market equities for their lucrative potential. And while BRIC and other popular Asian nations are usually investors’ top picks to achieve this key exposure, investors may benefit from taking a closer look at an often overlooked opportunity: Africa.

While many still remain understandably skeptical about investments in this corner of the world, analysts have painted a rather optimistic picture about the future of Africa’s economy. Since 2000, the continent’s GDP has grown by roughly 5% every year, highlighting the potential value of the region. This appealing growth rate has been attributed to several factors, with population growth and demographics believed to be the biggest influences.

Africa has had the “right kind” of population growth over the years. Expanding urbanization has also lured investors as cities have begun to flourish and grow more efficiently. Technological developments have had perhaps the most profound impact on the continent’s economy; more and more Africans are beginning to use technology in their everyday lives.

Africa is also known for its abundance of natural resources, and its trade ties to many developing Asian nations have proved to be long-standing and lucrative inflows for the country. And as China’s need for Zambian copper, Nigerian oil, Tanzanian timber and South African platinum grows, investors with exposure to this corner of the market may be in a prime position once the global economic recovery picks up.

Through there are still many barriers to success, namely the continent’s high level of corruption amongst government officials, inadequate investments in education and health care, barriers to entry for new businesses, as well as a lack of quality infrastructure, Africa’s growth potential is still quite high. For those looking to add exposure to this overlooked corner of the world, we outline several ETF options:

Here’s a brief rundown of the funds listed in the above table:

Be sure use our Free Head-to-Head ETF Comparison Tool

Investing in Africa has never been easier thanks to the proliferation of exchange-traded funds. For those looking to tap into this lucrative corner of the world, the ETFs mentioned above can serve as a great starting point for your research in finding the best investment vehicle that suits your objectives and risk tolerance.