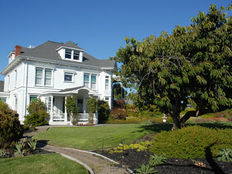 How the Homebuilders ETF (XHB) Reacts to New Home Sales

Because new home sales spur demand for many other goods and services, this data release is considered to be a leading economic indicator and is closely watched by many. For example, a new home sale triggers demand for furniture, appliances, and other professional services that are associated with facilitating that transaction [see also How the S&P 500 Reacts to Unemployment Reports].

In light of the most recent financial meltdown, this data release has come under great scrutiny, and understandably so; the health of the housing market was at the root of the problem. Each and every month, economists forecast what the number of new home sales will be, and the market reacts depending on whether or not the actual figure comes in above or below these estimates. So how does the homebuilders industry actually react to this release?

We took a look at the performance of the SPDR Homebuilders ETF (XHB) on the day of the release of every new home sales report since the start of 2007 through July of 2014. We then recorded XHB’s performance for the day as well as the actual versus the forecasted figure. Consider the findings below:

First, our forecasting ability regarding this data release is surprisingly accurate. When considering this sample of 100 data releases, we see that the actual figure beat estimates less than 50% of the time, although the estimates themselves were off by only about 7% (either above or below) from the actual number [see also How Well Do Defensive ETFs Actually Work?].

Secondly, despite having more “misses” than “beats”, sentiment surrounding the homebuilders industry has been improving overall; since the broad market bottom on March 6, 2009, through June 1, 2015, XHB has returned a stellar 265%, beating the S&P 500′s gain of nearly 179% during this same time frame.

Lastly, the most noteworthy observation is XHB’s performance on the day of new home sales data releases. The fund’s performance has ranged from as low as a loss of 7.24% to as high as a 9.43% gain, although the average return comes out to a much flatter 0.24%; in other words, the positive and negative (over)reactions have evened out over time, resulting in a slightly positive return on average.

Even more important than the average movement is the average absolute movement since it showcases the fund’s volatility on the day of the data release. Each time there is a new home sales report, XHB has moved by an average of 1.66% in some direction (be it positive or negative), making for quite the single-day swing for this ETF.

Below, we recap some of the best and worst trading days for XHB following new home sales data releases:

Below are the three worst XHB performances following a new home sales report:

Predicting the new home sales figure is difficult, and attempting to gauge which direction XHB might swing after the release is arguably even more uncertain. There are instances when upbeat news goes ignored and there are also instances when bad news results in a surprisingly positive reaction. The ultimate takeaway here is to trade carefully if there is an important data release coming up since it may welcome volatile trading. And as always, use stop-loss orders to protect yourself from adverse losses.

Junk Bond ETFs May Be Getting Interesting