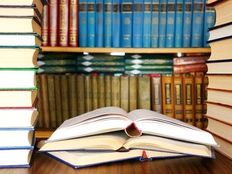 The Complete History of the Dow Jones Industrial Average

The Dow Jones Industrial Average is one of the oldest and most used benchmarks across the globe. Consisting of 30 of the biggest companies in the world, the benchmark has been through a lot since it was founded in the late 19th century. Here is a quick primer on the history of the DJIA, by the numbers.

The index has put in a dozen full decades with a few years to spare on the side. Over that time period, the Dow has seen just three decades of negative returns, giving it a 75% chance of turning in a positive decade.

While the above chart does well to outline some of the most prosperous and most catastrophic 10-year stretches, looking at the index’s annual price gives investors an idea of just how much it has soared in recent years.

Visualized another way, here’s a look at the daily performance of the Dow since its inception (note the significant increase in volatility in the late 20s and 80s).

Here’s yet another way to look at the daily historical volatility of the DJIA.

The Best and Worst

Starting with monthly returns, we outline some of the impressive and most treacherous stretches the index has ever seen.

While the DJIA itself is difficult to invest in, investors can easily utilize the Dow Jones Industrial Average ETF (DIA B+), the only fund to grant exposure to the standard DJIA. The fund has well over $11 billion in total assets, making it one of the largest and most liquids ETFs in the world.

The Dow Jones Industrial Average is one of the oldest and most prominent investing benchmarks in the world and figures to stay that way for generations to come.