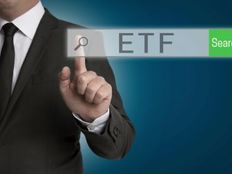 A new breed of exchange-traded vehicle has entered the arena, combining the best of ETF benefits with the so-called “secret sauce” of actively managed mutual funds.

Read on below for a cursory tour of the recently debuted Exchange-Traded Managed Funds (ETMFs) to learn more about their similarities to and differences from ETFs.

The premise behind this product structure is simple: it is an investment vehicle that merges traditional active management, as in the form of an open-end mutual funds, with the more efficient ETF wrapper.

Let’s dive into the details:

To summarize, ETMFs bear a great deal of similarities to both ETFs and mutual funds, although a few key features stand out from the list. For starters, ETMFs trade intraday like ETFs, but their prices are quoted once a day like mutual funds. Second, ETFMs are built like ETFs behind the scenes, which allows for reduced portfolio management expenses on the part of issuers. This translates into reduced fees when compared to mutual funds.

Third, ETMFs adhere to the same portfolio transparency reporting standards as mutual funds, meaning that they don’t post their holdings daily like ETFs, but instead do so quarterly.

Last but not least, ETMFs are offered in limited distribution channels for the time being. This means that you can’t just login to your retail brokerage account (like Fidelity or Scottrade) and buy one as you would with an ETF; for now, the only means of trading ETMFs is through broker-dealer Folio.

A Mixed Reception on Wall Street

Since late 2014, when the SEC officially granted long-awaited exemptive relief to Eaton Vance, making way for the first wave of exchange-traded managed funds, most investors have fallen into one of two camps. They either think the product structure is great, or they think it represents everything against which ETFs stand.

However, the critics point out that:

Given the hybrid structure, it’s no wonder really that ETMFs are the cause of much debate in the ever-evolving funds industry.

The first ETMFs were launched by Eaton Vance under the NextShares product suite in February of 2016 on the Nasdaq exchange.

The list of ETMF sponsors that plan to operate funds through the NextShares umbrella include:

At their core, these vehicles offer the potential benefits of protecting the confidentiality of the portfolio holdings/strategy, as with traditional mutual funds, while doing so in a cost-effective manner, by utilizing mechanism core to the ETF structure. The development of ETMFs at the very least marks yet another stride forward in making investment strategies of all walks more accessible to retail investors.

303: How to Weigh the Impact of Disruptive Technologies | ‘The Switch’ With ARK Invest

Get Alternate, Diversified Income Sources With This ETF

Positioning for Income in a Rising Rates Universe

Place the Coinbase Call With This Fintech ETF