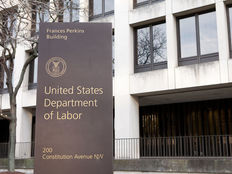 What the DOL Fiduciary Rule Means for You

Up until recently, the fiduciary standard of care was an alien concept to many in the financial markets. In just a few days, it will take center stage as the U.S. government implements a new rule governing financial professionals who dispense retirement planning advice. Beginning June 9, 2017, putting the client’s interest first is no longer just a marketing concept but a regulatory requirement.

The new rule, which is being introduced by the Department of Labor (DOL), expands the “investment advice fiduciary” definition under the 1974 Employee Retirement Income Security Act (ERISA). Under the new guidelines, any financial professional who provides retirement planning advice will be elevated to the level of a fiduciary, binding them legally and ethically to the standards set forth by the legislation. The rule extends primarily to investors with retirement portfolios, such as an Individual Retirement Account (IRA) or 401(k).

The Fiduciary Rule: Timeline of Events

The fiduciary rule was developed under the Obama administration for gradual implementation beginning on April 10, 2017. However, incoming President Donald Trump issued a memorandum on February 3 that attempted to delay the law by 180 days with specific instruction to the DOL to conduct an “economic and legal analysis” on the legislation’s impact. Following a public consultation, the rule was further delayed by the DOL, which eventually paved the way for the June 9 implementation.

The path to the fiduciary standard began in 1974, when the ERISA was enacted and the IRA was introduced. A year later, the DOL outlined regulation that defined the meaning of investment advice. In 1978, the 401(k) retirement plan was officially rolled out. It wasn’t until 2010 that the DOL officially redefined the term “fiduciary” under ERISA. The rule would be subject to deliberation over the next four years before it was officially released in 2016.

The fiduciary standard is expected to have a significant impact on investors, financial advisors and the ETF industry at large.

Over time, the new standard will encourage investors to demand working with a fiduciary in managing not only their retirement portfolio but other investment accounts as well. Industry watchers believe that the DOL rule will only hasten the appeal of a broader fiduciary standard for the financial industry. As always, consumer demand will play a pre-eminent role in this transition.

Fundamentally, the fiduciary rule holds financial advisors to a higher standard. Unlike previous legislation, the DOL guidelines set forth what is reasonable compensation for retirement planning. In this scenario, compensation is tied to the amount of services offered by the advisor. The more services they provide their client, the more those services are worth.

Advisors who receive commission payments for retirement planning will be required to initiate the “best interest contract,” including providing all the necessary paperwork to their client. Although this doesn’t mean the end of commission-based service, advisors must meet certain conditions to qualify. Principally, this means ensuring that advisors don’t receive incentives for acting against their clients’ best interest. Advisors must also notify their client of the legal remedies available to them in the event conflict of interest is identified.

The fiduciary rule is expected to be a boon to the ETF industry as more advisors and institutions seek to reduce or eliminate conflict of interest. This includes moving assets from more expensive active investments to more affordable passive investments – a scenario that favors ETFs. This shifting landscape will motivate more plan sponsors to integrate ETFs into their retirement planning services.

The ETF industry, in general, will likely be pulled toward a uniform standard that better aligns with the fiduciary rule. As demand for conflict-free investor-client relations grow, versatile ETFs will continue to find a way to fill the void.

Interested in building an ETF portfolio? Utilize our ETF Screener tool to filter through the entire ETF universe by dozens of criteria such as asset class, sector, region, expense ratio and historical performance.

Toward a New Fiduciary Standard

The DOL rule is a paramount first step in establishing the fiduciary standard, but it is insufficient in stemming conflict of interest from the financial industry more generally. Industry watchers have rightly noted that the DOL rule is a baby step in the long march toward a uniform fiduciary standard. Although the path forward is unclear, the pressure on fees is expected to continue. On the industry side, brokers and financial advisors will continue to narrow their product offerings to boost performance while adhering to due diligence standards.

At the time of writing, full implementation of the fiduciary rule is expected by January 1, 2018. Maintaining this timeline will add greater certainty to brokers, advisors and investors in adhering to the new legislation. The ETF industry will likely see even greater capital as investors and advisors embrace transparent, lower-fee investments. At the same time, a January 1 implementation date will drive greater competition in retirement planning as brokers, advisors and ETF issuers tout their fiduciary investment strategies. The sooner full implementation occurs, the more quickly similar standards will be expected across other investment classes.

Further delays in implementation will create greater uncertainty about the pace and timing of the fiduciary rollout. However, there is no denying that the seed of fiduciary care has already been planted. As investors continue to question the trustworthiness of financial professionals, the industry will be forced to respond regardless of the DOL implementation date. Already today, we are witnessing a greater uptake of fee-based advisory models. After all, it’s better for firms to be in front of the fee-based conversation rather than be forced to adapt to it.

The financial industry is evolving toward a new fiduciary standard of care, and retirement planning is the first domino to fall. This landscape is pressuring financial advisors to re-think their business models. Those who are proactive will likely benefit from the transition. After all, financial professionals have long marketed their services as putting client interests first. It’s time to back up that promise with action, regardless of when full DOL rule implementation occurs.